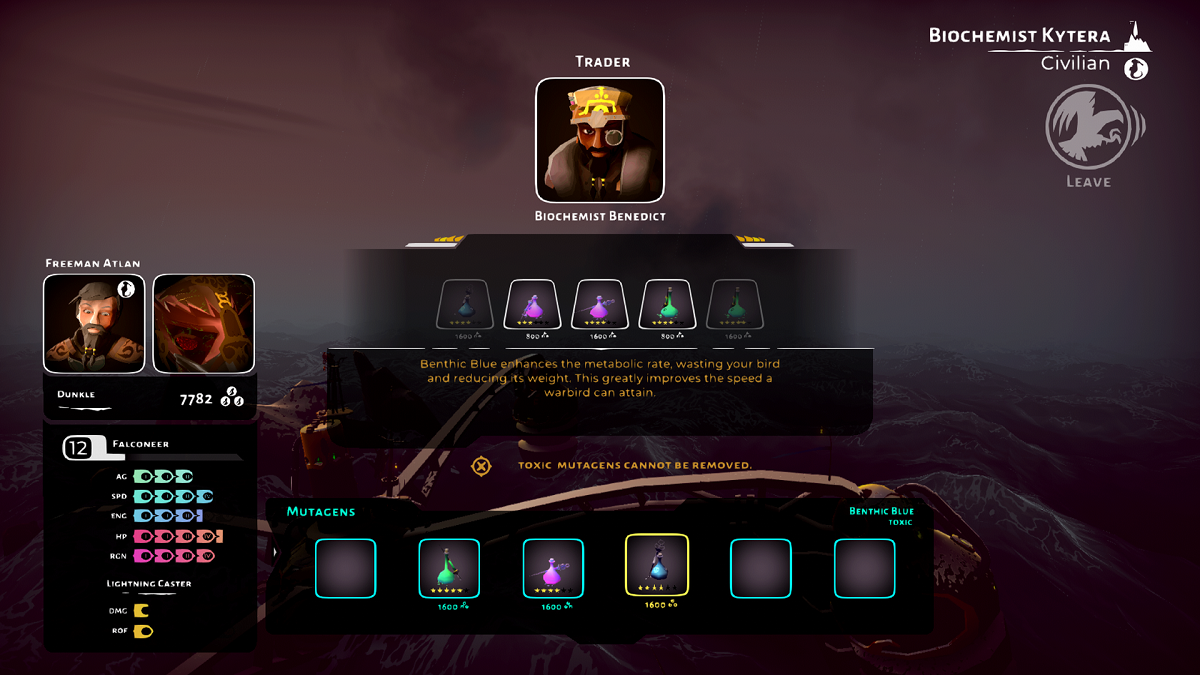 Mutagens are items that you can purchase in The Falconeer to upgrade your falcon. You will need to improve your warbird’s stats if you want to tackle the most difficult missions in the game, so it is worth investing in them.

You can buy mutagens from traders at various outposts. However, some island vendors won’t sell you some items without a permit. You can purchase permits from your home island or the Imperial Embassy and return to settlements with the required paperwork later on. You will also need splinters to buy mutagens, which is the main form of currency on the Ursee.

You can scroll through a vendor’s mutagen list by pressing left or right on the left thumbstick. Once you are happy to buy a mutagen, tap the A button to confirm your purchase. It will be added to your falcon’s mutagen section below the shopkeeper’s items. There are three main mutagens that you can buy in The Falconeer:

Each mutagen costs a different amount of splinters depending on how powerful it is too. There are five categories of mutagen strength, which are Subtle, Light, Aggressive, Toxic, and Corrupting. The strength of a mutagen is dictated by the number of stars underneath its name. The more powerful a mutagen is, the better your falcon’s stats will be.

However, you should be aware that the more powerful mutagens can’t be removed. Mutagens that are Toxic or Corrupting can not be taken out of your falcon’s mutagen section, so you should be certain that you want to buy a mutagen before purchasing it.