At the start of the game, as you make your way through the Detention area you will come across Benjamin Burke, an inmate trapped his cell. The door is partially open, but you will be too weak to move it any further.

How To Free Benjamin Burke 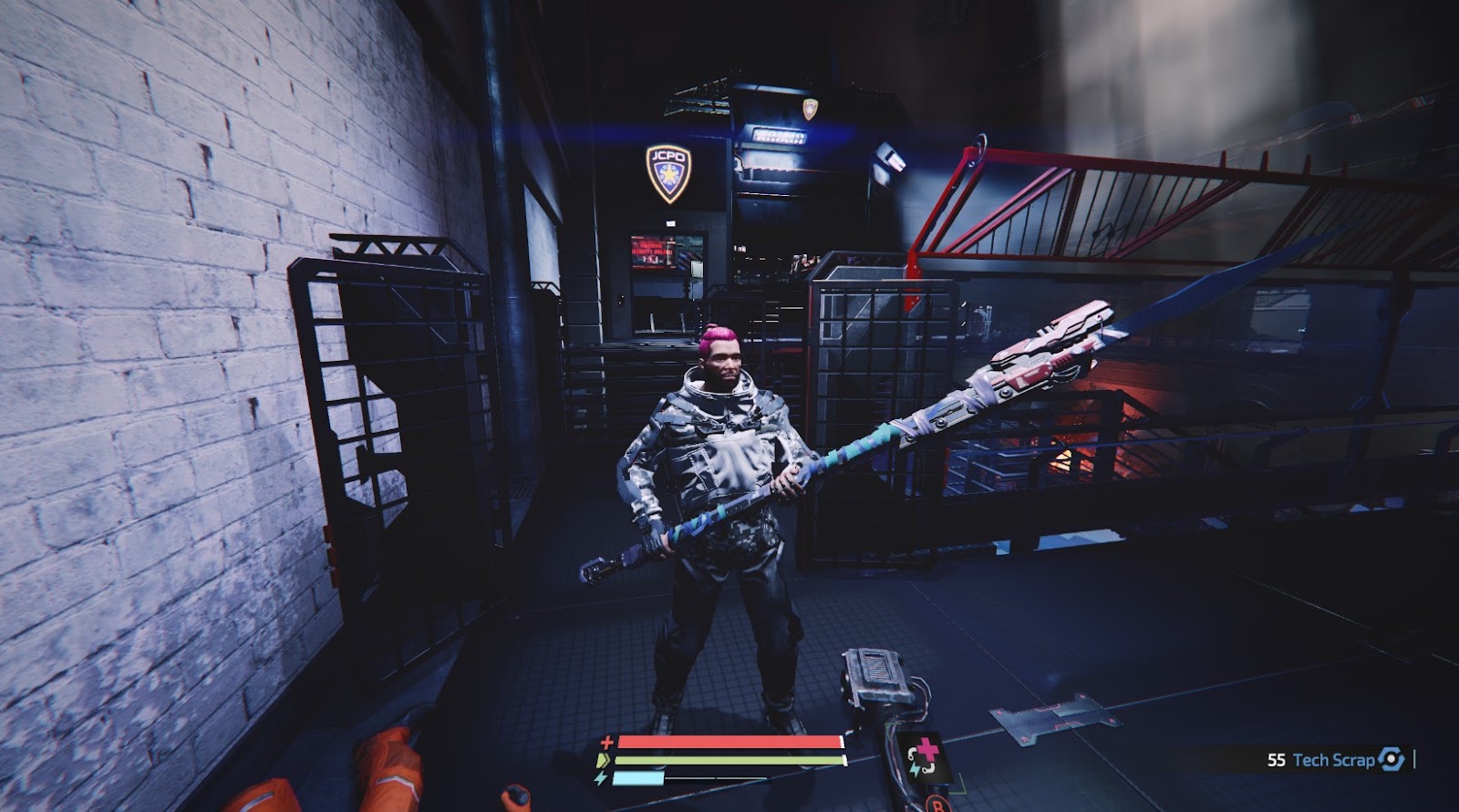 Head across the catwalk to the central surveillance area and open the door there. Head inside to armory, and take out the enemy you find there. You will need to attack the head by locking on to them with the right thumbstick, then flicking the thumbstick until you are targeting their head.

When they are down, head into the room they came from and get set up with your Rig at the Med Bay. When you are all set up, leave the room and take out the new enemy. Take their weapon by making sure you cut off their arm that is holding it.

You can do this by targeting the arm the same way you did the head, and hitting the prompted button when their health is low enough. This action severs the arm, allowing you to pick up the weapon.

Head back into the surveillance center, but be wary. There is a new enemy between you and Benjamin Burke’s cell, and he can hit pretty hard. Take him out, severing the arm if you want the weapon, then pry open the doors of the cell.

Fully exhaust all of Benjamin’s conversation options, then head downstairs to the main room. There will be some human enemies here, take them out and proceed to the door to get the item. You can now head back through the armory locker room and continue through the area.

It is a good idea to rescue Benjamin because when you find him later in the game he gives you 20,000 Tech Scrap for freeing him.