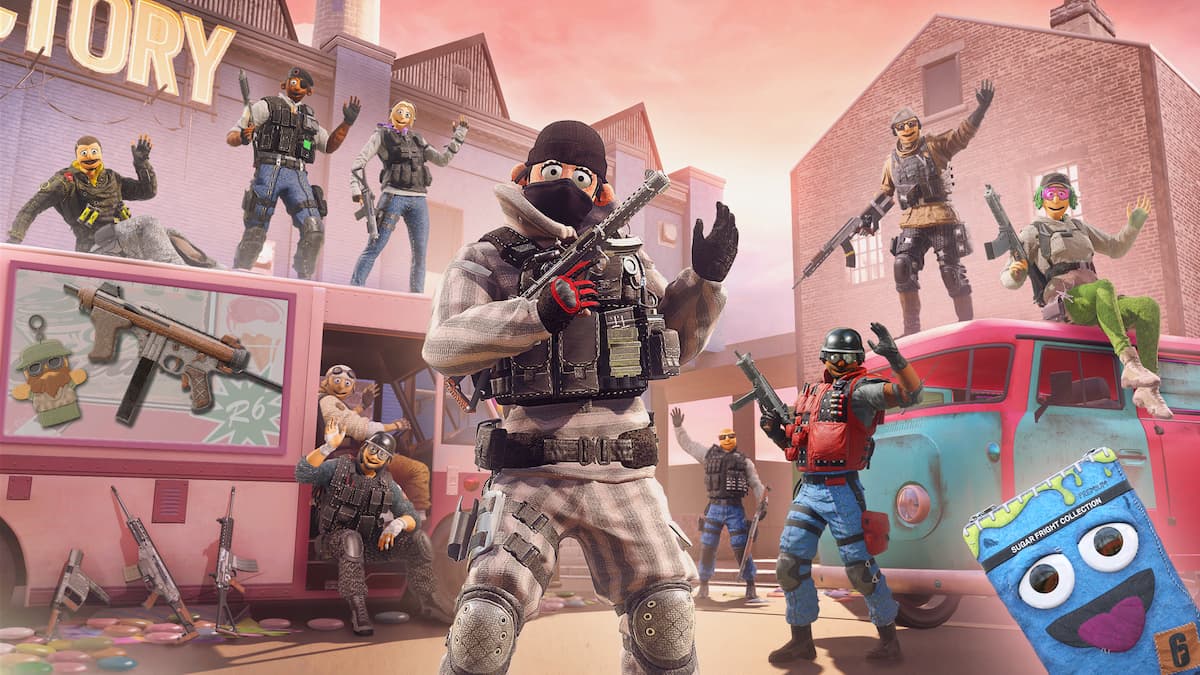 Rainbow Six Siege: Sugar Fright Event is possibly the least Siege event you’ll come across. It’s a team deathmatch mode with infinite respawns, but you need to collect points from kills, as you might in Halo’s Headhunter mode. The event also has its own unique map that presents its own challenges. To help you make the most of this game mode while it’s live, we’ve put together a short list of tactics that will see you on your way to victory.

Head for the tower

Each side of the Neighbourhood map is packed with buildings. One side is a very distinct tower, which is where you should look to spend most of your time. You can get there by dashing through the buildings on the same side of the map. Make your way up the various ladders and windows that link them together.

Once you’re up there, you can see most of the map, including the windows of the buildings opposite. You can throw grenades and stun grenades to your heart’s content and shoot every enemy that comes into view. Just be sure to keep an eye on the entrance to the building behind you. It’s all too easy to get distracted and have someone shoot you in the back of the head.

We know this is a horrible suggestion, but it works extremely well. Rainbow Six Siege obviously isn’t meant to be played with infinite respawns, and that’s evident in the fact that you can spawn camp the enemy team. The number of times that we’ve spawned only to die to three enemies lying in wait is higher than the number of matches we’ve played. Don’t be caught out. Catch your enemy out.

Rush through the buildings, or across the open map, and wait. You should start to see enemies spawning in. You can tell they’re fresh from the blue glow of their weapon. Shoot them in the head, and don’t think about how evil you’re being. You’ll win the match, and that’s all that matters.

At some point during a match, usually around the halfway mark, the map will be filled with points to pick up. You can retrieve points from your dead allies and pick up points to add to your score from enemy kills. The problem is that at this point in the match, everyone is too afraid to grab them.

Don’t let that fear control you. If you’re quick and run from point to point, you should be able to get them all before anyone shoots you down. Be sure to keep an eye out for any enemies lying in wait. Though, if your team has the enemy pinned in their base, you should be okay to make a run for it.

Grenades are overpowered in Rainbow Six Siege — at least in our opinion. Usually, in a standard match, you’d have to hold off from using one until you’re sure it’ll hit an enemy. That’s not the case in the Sugar Fright Event, though.

We’ve found that throwing a grenade before you shoot is always a good tactic. An enemy might see you the same time you see them and then gun you down. If you’ve managed to get that grenade off first, it’ll take them out and leave a point for you to grab when you respawn.

The same goes for stun grenades. You’ll generate more of these over time in each match. Don’t sit on eight of them before it’s too late. Throw them like you’re trying to win the biggest fluffy toy at the fair and you’re $20 deep.

The most important thing to do in these events is to enjoy them. They come around so rarely, but they’re always brilliant. I love the way that Sugar Fright Event highlights both how fun a team deathmatch mode in Rainbow Six Siege could be, but also how broken it is.

There are new outfits to earn and collect for every Operator as well. You might not get them all, but if you play more, then you’ll have a better chance of earning one of the terrifying new head skins.