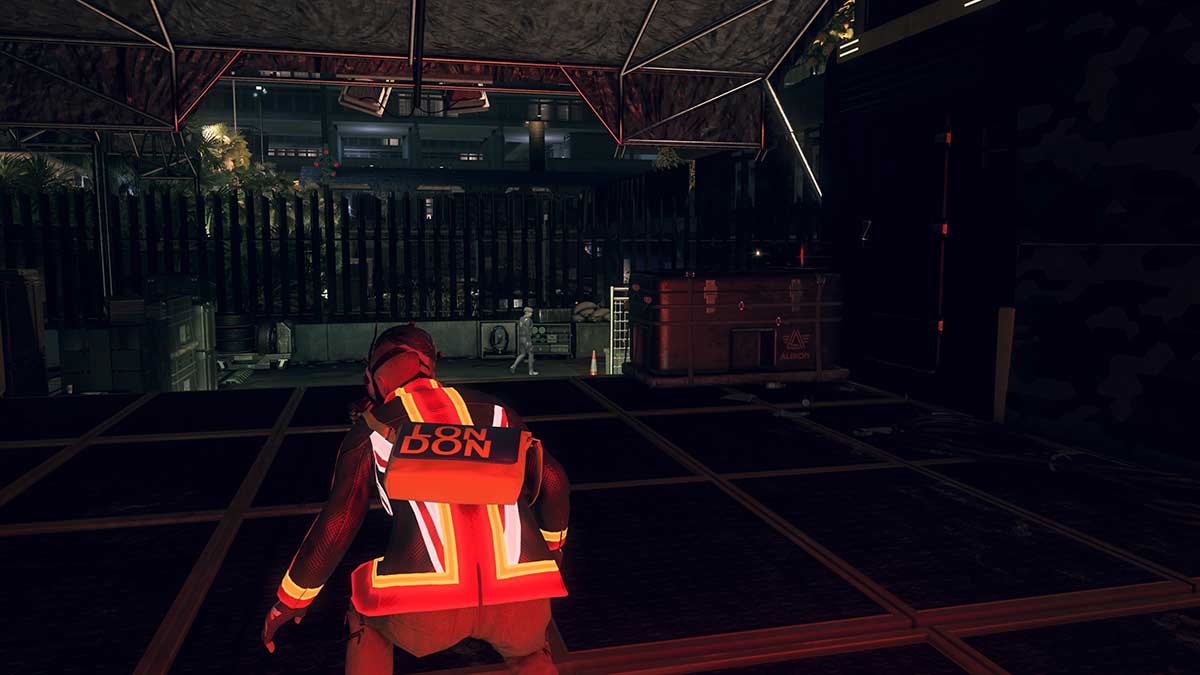 The Barbican Centre is a stronghold that you can enter from four sides, but it’s extremely well protected. As a result, there are many enemies to sneak around and take down and many opportunities for you to be seen. Therefore, this is an area that you need to make your way through carefully. If you have an Operative with an AR Cloak, try to use that as much as possible.

There are no Spiderbots in this location, so you’re restricted to using cameras to move around and arm traps. You can also use the cameras to disable the intrusion detectors in the main building, where the server is being held. Make sure you move in fast once you’ve disabled them because there’s a guard who will always come back to turn them back on.

Watch out for drones

There are multiple flying drones in this area, and more will turn up if you’re spotted. There’s also a turret drone in the main building. Disable these as and when you need to when moving around. You should have enough time to sneak around them, but it’s very difficult to destroy them without being spotted.

Be ready for a fight

Even if you’re quiet, an army of guards will descend on you once you’ve hacked the server. The idea is to draw out the Templar in this stronghold, and to do that, you need to take out as many of these guards as you can. There’s an ammo crate near the server to help you keep your stocks up while you’re hacking, but get out of there as soon as you’re done. Unfortunately, we lost an Operative in this area, and it still stings.

If you have an Operative with heavy weaponry, use them for this mission. Their weapons will make light work of the armored guards who come after you and even help against the Templar that you’re after too.

Make sure you kill the Templar

After hacking the server, we left this mission, having forgotten that you need to kill the Templar to complete it. Make sure you move around the area and find some defensive positions where you can fire at the Templar without being killed. More guards will continue to pour in until you kill this enemy. The faster you do it, the sooner you can leave. The Templar has a lot of health and takes a while to kill, so be ready for a long, drawn-out battle.

They’ll also be accompanied by a huge drone that you’ll need to disable constantly to prevent it from killing you. Other, smaller drones will also come along now and then to push you out of cover. Don’t let them do this and take them out as you see them.

There’s an exit at the top of the area next to an Albion car park. Head out that way and use one of those vehicles to escape. They’re fast, and no one will be able to catch you if you barrel down side streets and out of the way.