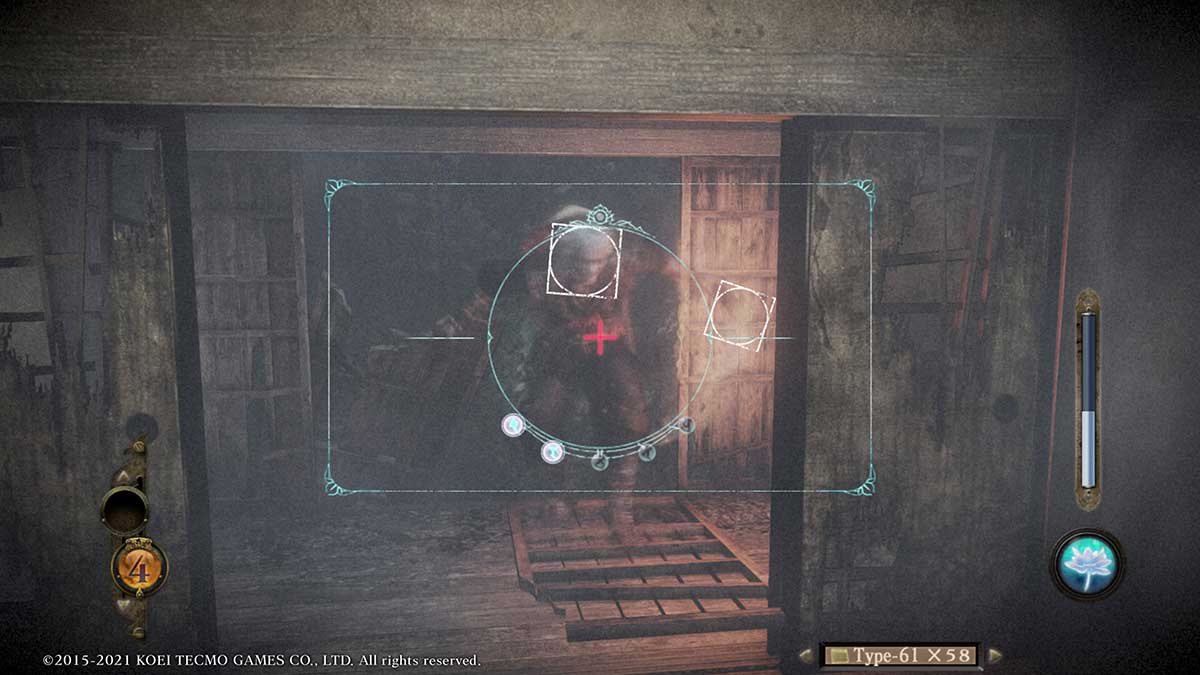 Just as you’re about to head for the door in Fifth Drop in Project Zero: Maiden of Black Water, a familiar face rears its head. The folklorist boss ghost, the large ghost wielding a knife and a torch, will break through the wall and start to attack. This fight is unlike any other encounter with the ghost, which is why we’ve put together this guide to help you defeat it.

This fight is incredibly tricky, and it’ll only be made more challenging if you look away from the boss. Try to stick in camera view for as long as possible, even if you’re about to be attacked. This boss has a mechanic to it that causes it to become invisible, and if you’re not looking through your Camera Obscura, you’ll lose it.

The folklorist will disappear from time to time. If you look around, you should notice a couple of targets floating nearby. Take a picture of these to force the boss to reappear again. You’ll need to do this at least twice during the fight, which is why it’s vital to keep your sights through the Camera Obscura.

Wait for the attack

This boss fight gets more intense than any other in the game so far. As such, you should try to hold off from taking a picture of the folklorist until the last second before an attack. This will ensure that you get a Fatal Frame Shot and deal as much damage as possible. It also doesn’t hurt to have a slightly higher quality film in use since this boss will take a considerable chunk of your health away if you let it.