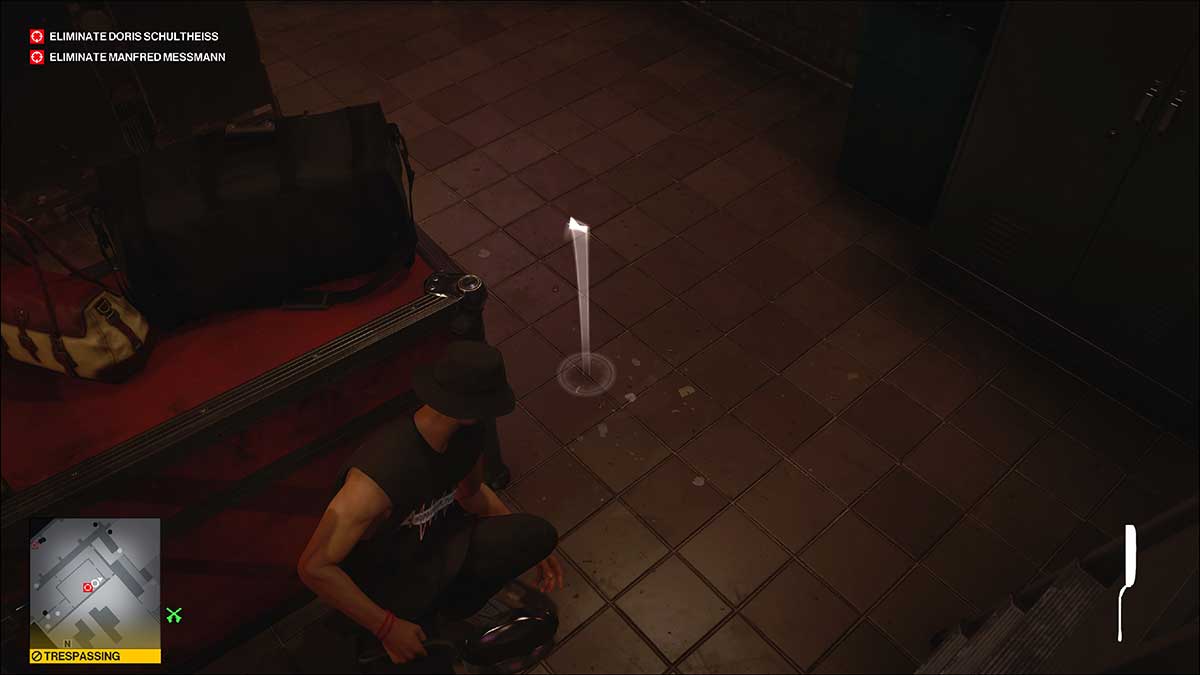 Agent 47 has the largest pool of weapons and gear to date in Hitman 3. These allow for more creative kills than ever before, with some that only veterans will be able to make use of. In this guide, we’ve ranked the ten best gear items in Hitman 3 that you can use for some incredible results. This list specifically relates to the gear that Agent 47 can use throughout each location. While some of these items can be used as weapons, we’ve ranked them for their primary purpose as tools to assist players in the game. We’ll begin at the bottom and work our way up to the game’s best gear item.

The Breaching Charge can be an instrumental piece of gear under the right circumstances. When thrown at a locked door, it attaches itself and explodes with just enough force to destroy the lock. The result is the same as when a player uses a crowbar to break open a locked door, but Agent 47 doesn’t need to be near the door when this device goes off. The advantage here is that you can throw the device, run away, and return to an open door once the charge has blown and anyone investigating the noise has moved on. However, a lockpick does the same job, and it’s a lot quieter.

This piece of gear is perfect for taking out a target without killing them. All you have to do is plant it on a surface ahead of a target’s patrol, and it will set off when the target gets close, subduing them. It’s the ideal piece of gear for subduing a target as they move between areas, allowing you to take them off, kill them, and hide their body without anyone knowing.

You can unlock this piece of gear by completing The Gauchito Antiquity Escalation. It provides you with a single dose of emetic poison that can be injected into any NPC without them noticing. Unfortunately, if you use it in public, you’re likely to get spotted. It’s a brilliant tool for getting a dose of poison into a bodyguard as they linger behind a target. Unfortunately, it’s not that useful when it comes to the targets themselves.

The Remote Micro Taser doubles up as a piece of gear and a weapon under the right circumstances. You’re most likely to use it to subdue a target without anyone noticing, though. It’s easy to plant, throw it at your target, and be activated from anywhere on any map. If you’ve memorized the patrols and timings of your targets, this can be a great way to take them out when you know no one will find them.

Being able to distract targets without getting close to them is an essential skill for any assassin. Once you know a target’s patrol, you can place this device and trigger it at exactly the right time to draw them away from any watchful eyes. Usually, you’d need to throw something to cause this kind of distraction, meaning you can hold onto that banana and use it to subdue your target instead.

Unlike a vial of poison or a very obvious injector, this piece of gear is perfectly disguised. Agent 47 can sneak it through any frisk and still come out with the perfect amount of poison to use on any target. You can use this gear with any disguise, opening up many opportunities for poisoning NPCs around the world right in front of them. No one ever suspects a thing.

When it comes to reliable gear items, nothing beats this snowglobe. It can be taken through frisks, and you can walk around with it equipped without anyone noticing. When it hits a target, it provides a dense thud that ensures you’ve subdued someone. It’s also the perfect distraction in a pinch.

There’s no denying that the Briefcase is one of the best gear items in the Hitman trilogy. You can put all sorts of useful things inside of them, and no one will question why you’re carrying them. The best use is obviously to cram a sniper rifle inside, but you could also bring all manner of weapons from Agent 47’s arsenal. The one pictured above is a reward for completing The Lee Hong Derivation Escalation.

Out of all of the gear Agent 47 has at his disposal, the lockpick is almost the most useful. It can open every locked door in every location, allowing you to move freely anywhere you want. Setting up traps for targets is so much easier when you can access their secret hideaways before they do. The only disadvantage is that you can be spotted quite easily while using the item. You can’t hide the fact that you’re breaking into a room, so subtlety is essential. In some cases, the remote explosive is a better move, though.

We can’t end this list without mentioning the power of all silenced pistols as a distraction. A single shot near a target can draw them out of hiding and even through doors. Firing a shot at the foot of an enforcer will cause them to be distracted before losing their enforcer status. This could be a bug, but it’s a strategy that many players use to move through areas packed with enforcers who will see through their disguise in a Silent Assassin run.

The best gear in Hitman 3 is the Coin, an incredibly powerful tool that Agent 47 uses to his advantage in every mission he takes on. In Hitman 3, the range of the distraction that a Coin cause was dramatically increased. Using it, you can draw guards into a room they’re walking past, make someone walk down a long corridor where no one can see them, and even remove an NPC’s enforcer status. While other items achieve specific goals or kills, this is the most versatile piece of gear you’ll find in the game.