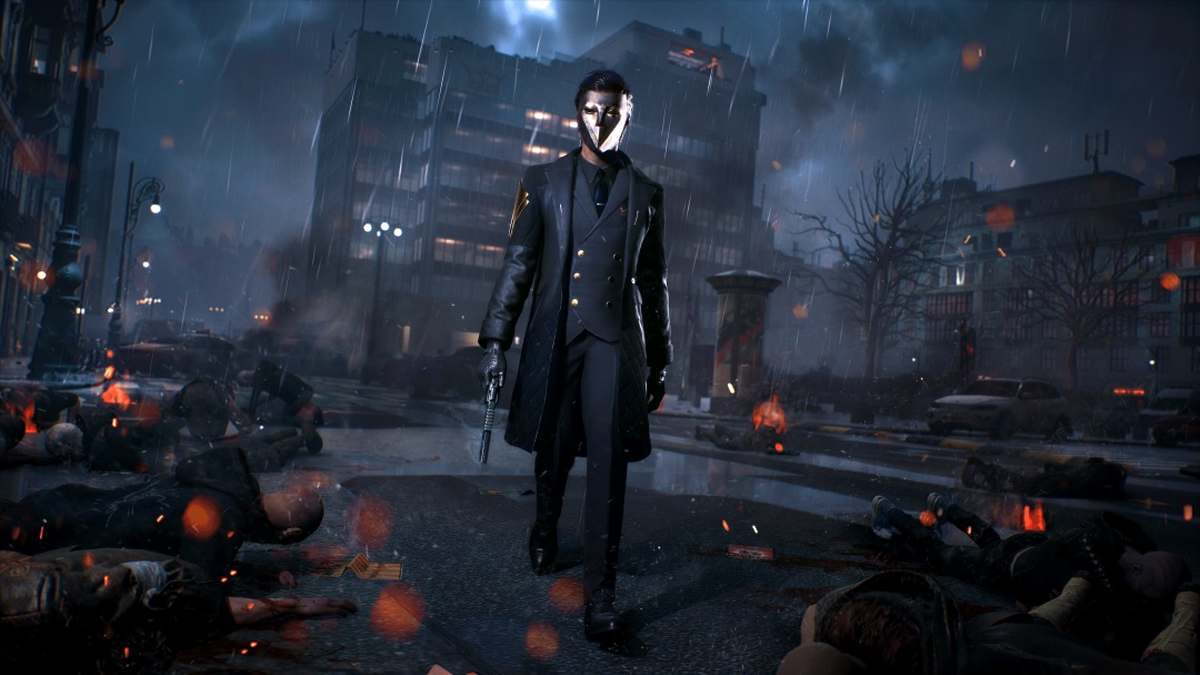 The June 8 patch is one of the biggest balance and UI/UX updates for Vampire: The Masquerade Bloodhunt so far. It delivers a number of improvements for controller users which will affect how effective they are in crossplay lobbies with keyboard-and-mouse players. The update also targets game balance in two very controversial areas: melee combat, and the Ventrue Enforcer archetype. Below are all changes brought to Vampire: The Masquerade Bloodhunt in the June 8 update patch.

Bloodhunt was introduced to the PlayStation ecosystem later in production, following a lengthy development as a PC-exclusive title. Possibly as a result of this late change, it shipped with a number of controller-related quirks that players have been grappling with since launch. These issues are exasperated by the fact that crossplay matchmaking exists and was the default option in the ill-fated Ranked playlist, making controller players feel outgunned against those who use a keyboard and mouse setup.

Thankfully, the situation has been very much on Bloodhunt developer Sharkmob’s radar since launch, and they have been hard at work on bringing controllers up to snuff. The June 8 Vampire: The Masquerade Bloodhunt update brings a large number of substantial improvements to controller support, all outlined in the patch notes below.

The most controversial Bloodhunt archetype has undoubtedly been the Ventrue Enforcer. This class has a unique combination of abilities that feel rather oppressive to go against: they can slow down opponents around them, keeping them from engaging effectively or escaping. Worse yet, their active ability, Flesh of Marble, gives Enforcers temporary invulnerability during which they themselves can freely reposition, reload, switch weapons, or otherwise set up the battle in their favor. The June 8 update targets Flesh of Marble with a substantial nerf, lowering the ability’s duration.

The update also contains key changes to the Bloodhunt mechanic and melee combat in Vampire: The Masquerade Bloodhunt. Below are the full update patch notes, as outlined by developer Sharkmob.

Related: How to survive bloodhunts in Vampire: The Masquerade Bloodhunt

New default values for the different sensitivity multipliers. In a future release, we will rename the following settings since they are not multipliers on top of one another.

When aiming near a target, the sensitivity slows down. This is most strongly felt in short to medium-long range. This is not highly active for the closest ranges or the longest ranges.

When aiming near a target and you are moving the camera helps you turn a bit. This is mostly felt in short ranges. This is not active for the very closest ranges or the longest ranges.

This is only the start, and we will keep improving it until we find a good balance between the input methods.

The Bloodhunted timer has been decreased from 60s to 40s. After some internal testing, we settled on a 40 second timer, which improves the odds of surviving while still encouraing players to uphold the Masquerade. We also tried 30s, but it felt too inconsequential.

Bloodhunt has fallen into a bit of an Enforcer meta as the season has progressed. We’ve seen a lot of frustration when going up against the Flesh of Marble power. While we’ve been working on some improvements to how it functions, these changes are unfortunately not fully ready at this time, but we wanted to make some other improvements we can in the meanwhile. Nerfing the duration might not solve everything but it means that Ventrue players will have to be a bit more alert and on their toes.

Additionally, we know that the Enforcer pairs very well with shotguns, so some of the adjustments we’ve outlined below are part of our short-term balancing strategy.

Shotguns are very popular this season and they’ve become a bit too much of a must-have. In particular, they’ve been too deadly at ranges where you might not expect to have to worry about a shotgun, so we’ve pulled back their effective range a bit as well as made some tweaks to their spread values. Damage has also been reduced.

As mentioned, shotguns have had superb synergy with Flesh of Marble, allowing Enforcers to turn invulnerable right after firing both shots of a double barrel, reload, then immediately break FoM with another burst. Vandals are also known to make very good use of shotguns, and we have a feeling they are going to come back strong now that their archetype power should be working properly, especially considering that Vandals have remained very effective in spite of the targeting issue.

We plan to revisit the shotgun balance once we can release a more elegant balancing solution for the Flesh of Marble power, so let us know your thoughts on these changes!

We increased the invulnerability timer to ensure that players can’t take damage before they’re able to act when reviving. This change gives players a better shot at escaping or fighting back when left to regenerate after being downed.

Melee has been a hot topic of late, and while we can see that it is not universally agreed upon that melee is too strong, we see a lot of frustration towards it. We want to start by limiting the health you gain back to not make it as difficult to defeat a melee attacker that you nearly killed before they started swinging at you. We’ll be monitoring the results closely to see if this is a step in the right direction or if we need to try something different.

In this update, we are also adding support for VRR (Variable Refresh Rate) on the PS5. This means that if you have a television/monitor which supports VRR you will be able to get smoother frame delivery with even less chance of screen tearing.

It’s important to note though that this does not mean that the game will run in 120 FPS but it will enhance visual performance for Bloodhunt on PS5 by minimizing or eliminating visual artifacts, such as frame pacing issues and screen tearing.