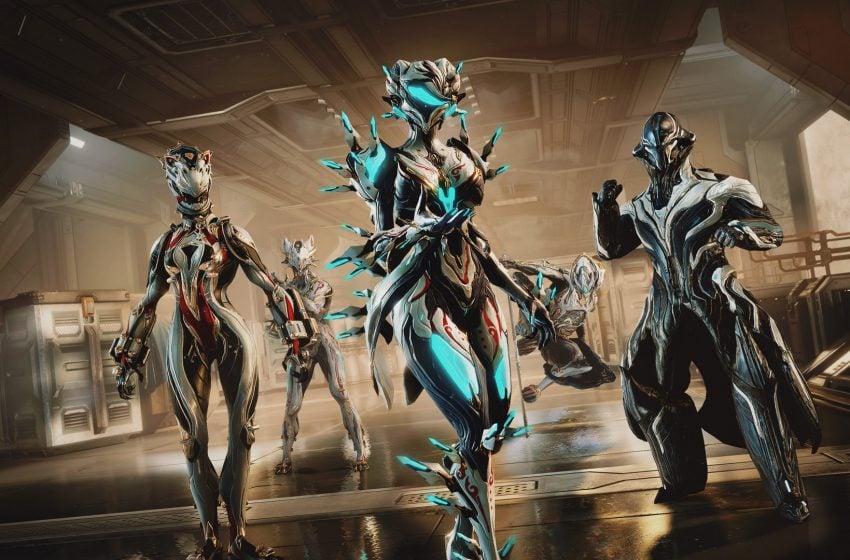 Defection is one of Warframe’s endless mission types, meaning it continues through rotations, becoming increasingly severe until the player decides to extract. In Defection, you need to help Kavor Defectors survive while they make their way through the ship.

After you load in and hack the first set of doors, Kavor defectors start their timer. 30 seconds later, they will spawn in the game and are marked on your mini-map. You need to get to the group and escort them to the first point in their journey, which is the Med Booster that looks like life support capsules in Survival missions.

There are two main threats as you move through the level: the endless hordes of Infested attempting to kill the defectors, and the atmosphere itself. You need to consistently charge the Med Boosters and give the defectors time to heal before moving on.

Mutalist Osprey Carriers drop power cells for the Med Boosters, so kill as many of them as you can. It can be helpful to always carry a power cell with you and use your secondary weapon to deal with the Infested.

Escort the Kavor from where they spawn to the Med Booster, let them heal, then escort them to their extraction point. As long as you make sure to take out the Infested, the Kavor should have no problem making it to the exit.

You can speed up the spawn windows, which usually are 40 seconds after you rescue a group, by hitting a button on a console near to the Med Boosters. It causes the next group for the Med Booster to load in but can cause a problem if you have too many groups of defectors on the map at one time because you will spread yourself thin trying to protect them.

Every two groups of survivors are considered a rotation, with the player extraction becoming available after the first two. The Rotations follow an A, A, B, C pattern for rewards.

You can find Defection missions at the following nodes on the Star Chart:

The best weapons to use are large ground clearing weapons like the Ignis, Ignis Wraith, Arca Plasmor, and melee weapons like whips and polearms that have long-range stats.