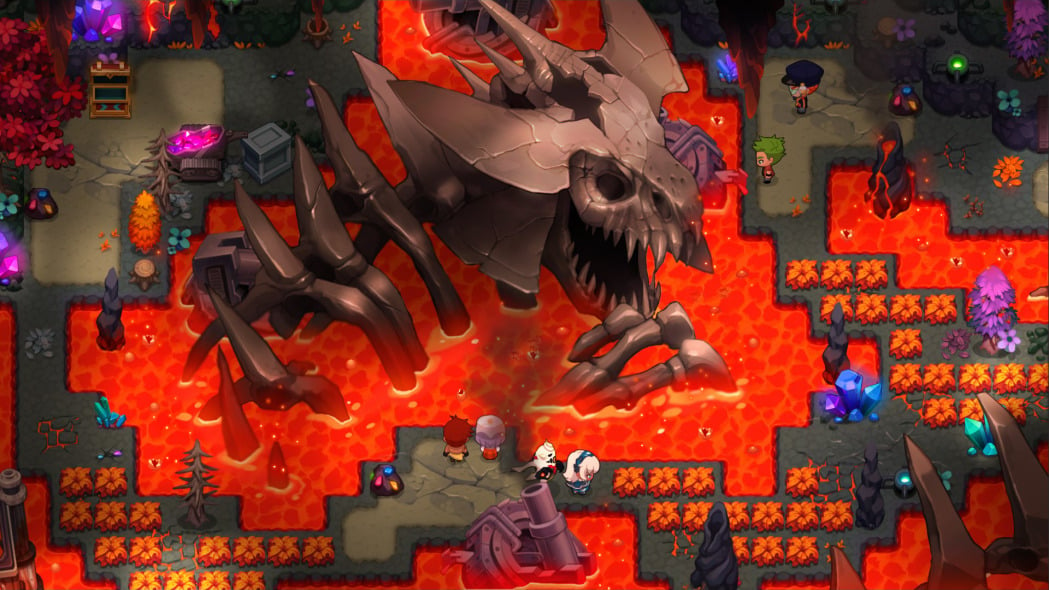 In Nexomon: Extinction’s larger areas, you may find citizens who have a star icon above their heads. This symbolizes that they desire to have you complete a simple task, in exchange for varying incentives. Sometimes though, you may see a very rare reward offered in the shape of a vault key. It may seem daunting at first because the game never mentions or shows you where these supposed vaults are. With a key and some searching, you’ll find it’s totally worth your time to go into these rumored corridors.

Where are the vaults?

Vaults tend to be found deep within mining shafts that are on the outskirts of every major town. You can tell you’ve reached a vault when you see a yellow pole beside it with an obvious key slot on top. It should be noted that no one key belongs to a certain vault, so you can always use any extra keys found on an unopened vault door.

Do all vaults offer the same things?

Once opened, there are usually three or four chests, along with yellow glowing beams around the vault room. Each vault differs in giveaways, but players will find that these yellow beams grant players around 100 coins each. The chests are what make each location unique, as each has the possibility of gifting you cores, companion followers, nexotraps, or potions.

In sum, completing quests that grant you keys earn you about two to three times the amount of gear than what basic tasks give. With so many mineable rocks around the vaults, taking time to just find their caves is a profitable venture – especially when you can trade the rocks’ shards in for coins at markets.