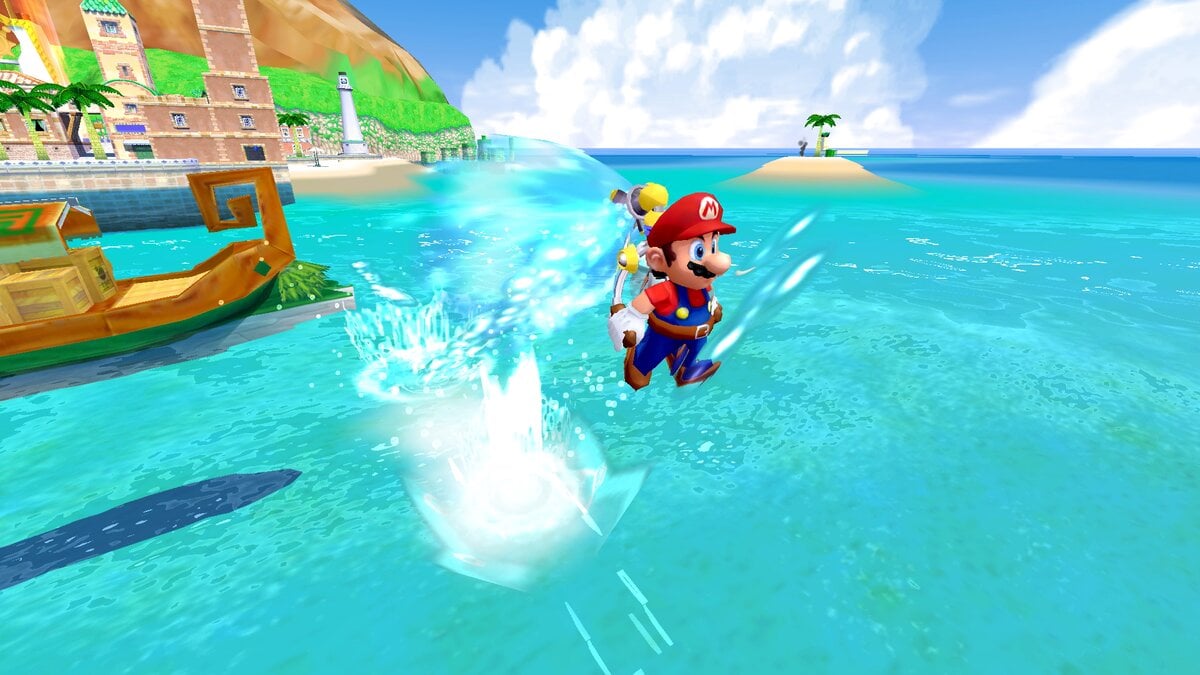 You might have fond memories of Super Mario Sunshine, but those memories will be attached to a classic controller, and the Nintendo Switch will be offering you something very different. Your muscle memory might be betraying you a little bit, so in this article, we will help you get to the grips with playing Super Mario Sunshine on Joy-Con controllers.

The big change for Super Mario Sunshine is how you use the FLUDD. The GameCube version had an interesting double-push mechanic on the controller’s analog triggers (Switch controllers lack analog triggers), depending on whether you wanted to fire that funky water cannon when on the move, or standing still.

On the Nintendo Switch, you can use the R and ZR button. ZR will allow you to shoot water on the move, referred to in the game as “Running Squirt,” while R will allow you to stop and aim, called “Stop and Squirt.” It’s a little odd feeling if you have played the GameCube version, but you will quickly get used to it.

One other notable piece of information for the FLUDD is that after you hit R to stop and squirt, you will need to push the right stick to enter the Mario Cam. The L button will now give you the Guidebook, X will allow you to switch nozzles, and ZL will allow you to center the camera, which is incredibly useful. You can also do a Ground Pound in Super Mario Sunshine by hitting ZL while Mario is in the air.

So, here is a little list to make them all easier to read: