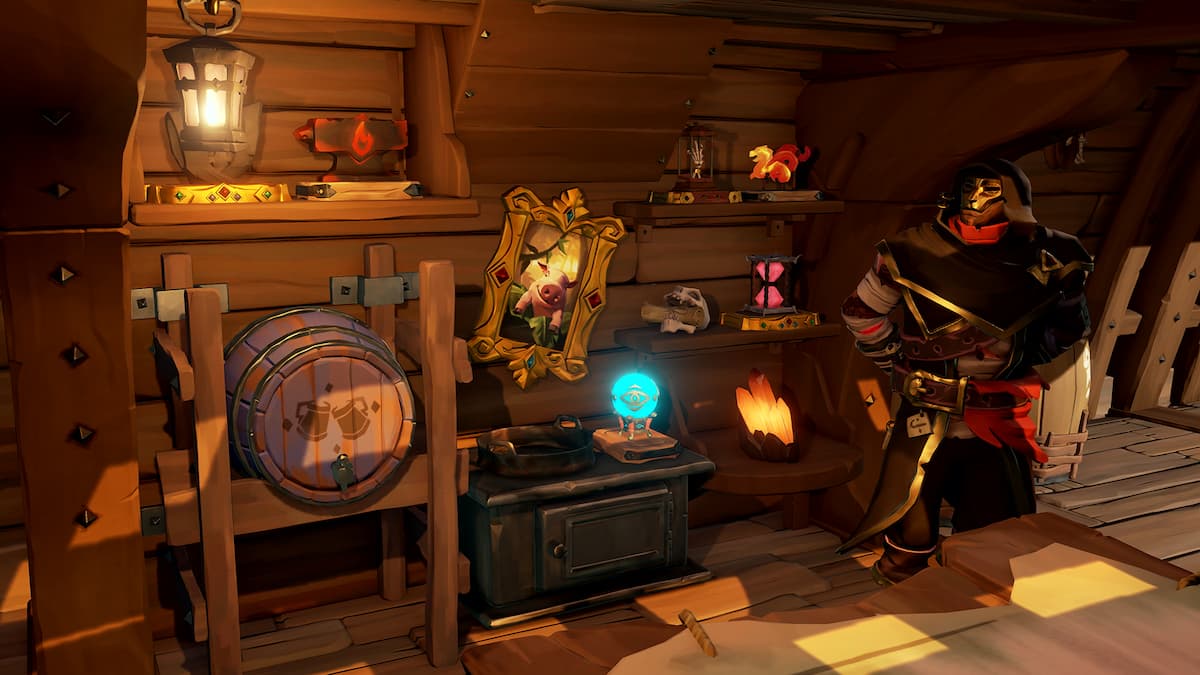 Introducing a Captain role to Sea of Thieves might complicate play sessions a little bit. There are certain options and features that only Captains and their crews can take advantage of, such as progressing their Milestones or buying supplies from the Shipwright. Of course, there can only be one Captain of any ship in Sea of Thieves — but what happens when the Captain logs off or leaves the game?

Can a Ship progress without its Captain?

If a Sea of Thieves player serving as Captain decides to call it a night and logs off, that may present some minor problems for the remaining crewmates. Simply put, the ship becomes immediately “uncaptained” once the Captain logs off the game. That means that the remaining crewmates will no longer be making Pirate Milestone progress, and the ship itself will not be making any Ship Milestone progress without its Captain.

Related: Sea of Thieves Captaincy explained – how to buy and name ships

Any cosmetic changes or damage done to the ship will not be reflected when the Captain logs on to their ship next time; the ship will remain exactly the same as when they left the last session. The ship that remains after a Captain leaves will essentially be a non-captained ship that happens to look the same; if the ship sinks, a generic base ship of the same size spawns.

What if the Captain disconnects?

Sometimes, leaving a game is outside of a player’s control, whether there are internet issues, problems with the Sea of Thieves servers, or if the application itself crashes. If a Captain is booted out of a session against their will, there is a short time window in which the game will ask them if they want to rejoin a previous session. During that time the Captain is gone, the ship will still technically be “captained,” and Milestone progress will continue.

However, consider the ship “uncaptained” if the Captain doesn’t make it back in time. If a Captain hard quits or does not return within the grace period, they cannot regain their Captaincy even if they rejoin the same session. As of the beginning of Season 7, there is no way to appoint a new captain or to switch ships.