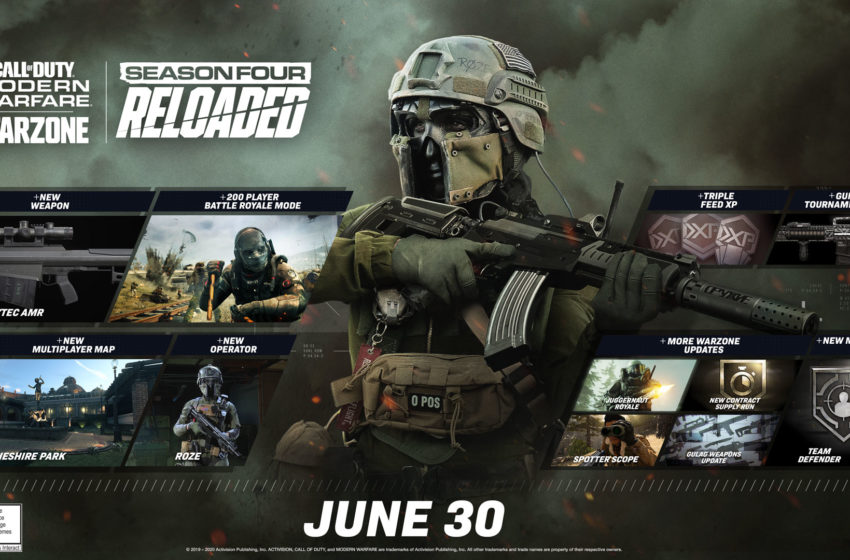 The new additions for Modern Warfare Season 4 include:

The content update for Season 4 Reloaded releases on June 29 at 11 pm PT. This content update does add a new download size to the game, and it’s roughly 22 to 36 GBs larger now. Console owners can expect a secondary download size of 3.5GB, and they will then have to reboot the game to gain access to Modern Warfare‘s multiplayer. Players who only have the Warzone mode should expect a 22 to 30 GB download size.

The 200 player Warzone matches will be available for a limited time, and only those who participate in quads, which is a full squad. You won’t be able to engage in this mode while attempting to play with a team of three, two, or by yourself in a solo Warzone game. The 200 player mode will no longer be available at the end of Season 4. The Supply Run will likely enter the available rotation of contracts in Warzone, but the new Juggernaut Battle Royale mode might be a limited-time experience.

Season 4 Reloaded is a free update for Modern Warfare, so make sure to update your games following June 29 at 11 pm PT. Everything available in the update will go live on June 30.