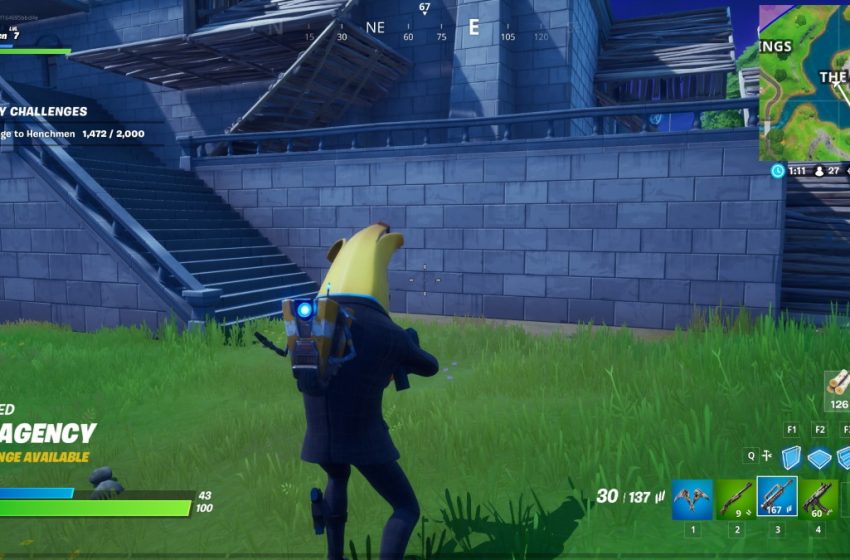 Fortnite Chapter 2 Season 2 comes with a variety of new skins, challenges, and references to super spies. What better way to celebrate spies than to have a secret base full of bad guys middle of the map? It’s called The Agency. It’s full of NPC henchmen protecting the grounds with plenty of loot available for eager players to obtain.

When you enter the location, the NPCs will happily start shooting you on sight with no hesitation. You can take them down pretty quickly, and they act like players where they get knocked down and attempt to crawl to their allies. If you catch one in time, you can quickly do a shakedown to learn where the others are, along with the location of all the chests they’re guarding. While there are several smaller, fortified bases like this all over the map in Season 2, The Agency is large build with plenty of loot for any eager players looking to score big at the start of the game.

You can expect The Agency is going to be a hot spot for the first few weeks as everyone attempts to land there, grab the best gear they can grasp immediately. The structure comes with plenty of levels, a helicopter pad, scanners where you need to disguise yourself as a henchman to gain access, and much more.

At this time, we don’t know too much more about the purpose of The Agency. It could feature additional challenges and features as Fortnite‘s Chapter 2 Season 2 continues, but for now, it’s full of secrets ready for players to unveil in the new few weeks.