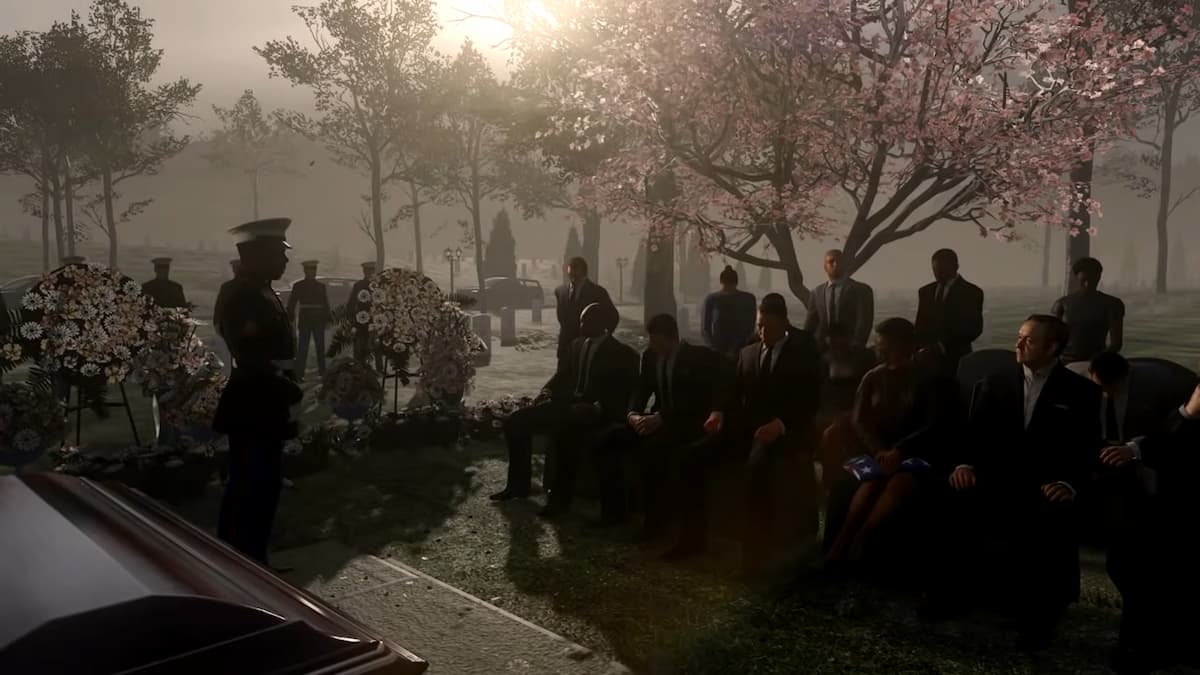 Internet culture is well known for taking situations they find funny and turning them into memes that go on to live far longer than usual jokes would. Some memes have their time in the spotlight and then fade away into obscurity, but others can last for years, consistently being brought up long after their expected shelf life. That is the case with the Press F to pay respects meme. Here is where that started.

Where does the Press F to Pay Respects meme come from?

While you may not exactly know the origins of the Press F to pay respects meme, you definitely have heard of the series it originated from. The roots of this meme come from the Call of Duty series, specifically the 2014 title Call of Duty: Advanced Warfare.

In Advanced Warfare’s campaign, you start off as a soldier named Jack Mitchell rushing into a city alongside your best friend, Will Irons. Like most Call of Duty stories, there is a moment where Irons is a dramatic casualty of war and Mitchell ends up having a large chunk of metal cut off his left hand.

Immediately following this event, we are transported to Will’s funeral, where we are introduced to the soldier’s grieving father, Jonathon Irons, a military organization CEO played by Kevin Spacey. For a moment that is supposed to be very serious and nail home the cost of war, the game chooses a pretty hilarious moment to add in a button prompt.

As is a common gesture at funerals, loved ones will walk up to the casket and place their hand on it as a means of being the last contact between the two. During this scene that has been entirely built up to be an emotional goodbye to your best friend, the game tells you to pay respects by pressing F on PC, Square on PlayStation, or X on Xbox.

When gamers witnessed this scene, they couldn’t help but take the situation’s absurdity and run with it. That is why even today, you will see people simply say “F” in stream chats whenever something bad happens. Pressing F to pay respects is a meme that has lasted far longer than most — an impressive feat for a game developer who didn’t think twice about including a small input prompt in a scene.