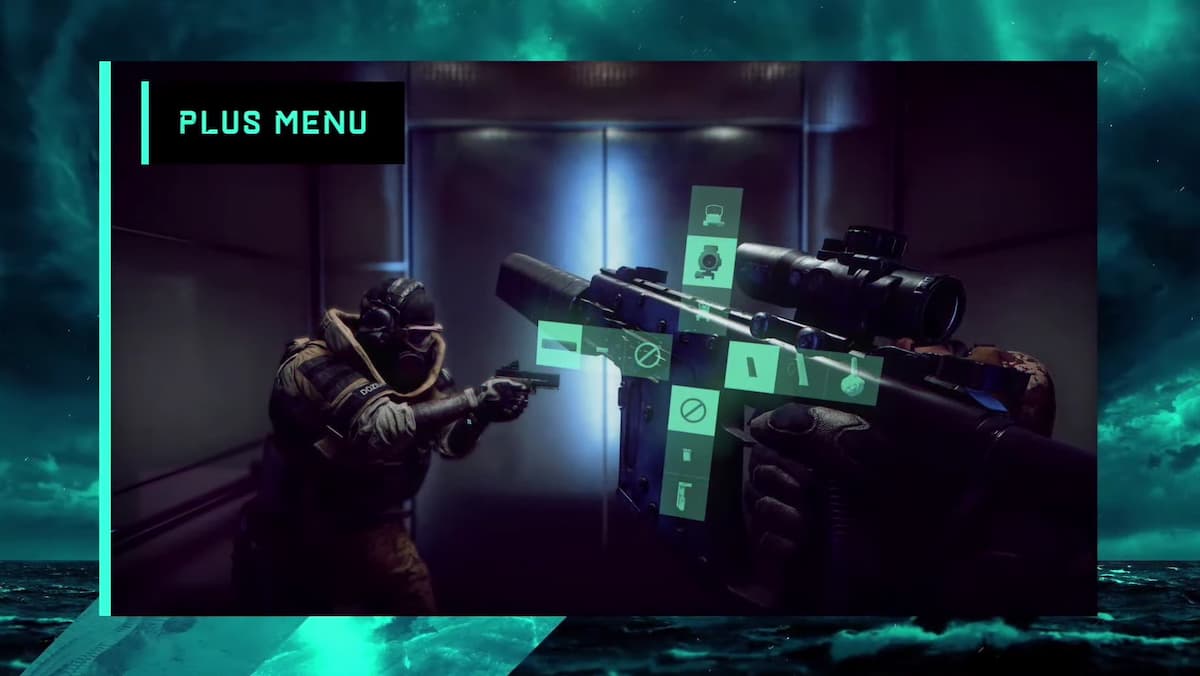 While it’s going to call back to older Battlefield titles, Battlefield 2042 will also include a ton of new features and gameplay mechanics to streamline or enhance the experience. The plus menu is one such feature, and while it’s not a massive addition, like grappling hooks or wing suits, it will certainly make a difference for every player out there on the battlefield.

To put it simply, the plus menu is how players will be able to customize their guns after they’ve deployed. In previous games, if you wanted to customize your weapon, you’d have to do it from the spawn menu. Of course, the fastest way to reach that menu after you’ve spawned is to get yourself killed. Developer DICE is taking a different approach with Battlefield 2042, giving more freedom to players, even the ability to customize weapons on the fly.

While you’re deployed in Battlefield 2042, you’ll be able to swap weapon attachments on the fly using the plus menu. Shown off during a Battlefield 2042 stream, the feature will let players store weapon attachments on their character before they deploy. These attachments — which can be stocks, barrels, sights or even different magazines for ammo — can be swapped to immediately using the menu. This should let players adapt their weapon to any possible situation. For instance, if a sniper was being attacked by a nearby enemy, they could switch to smaller scope, or take it off altogether.