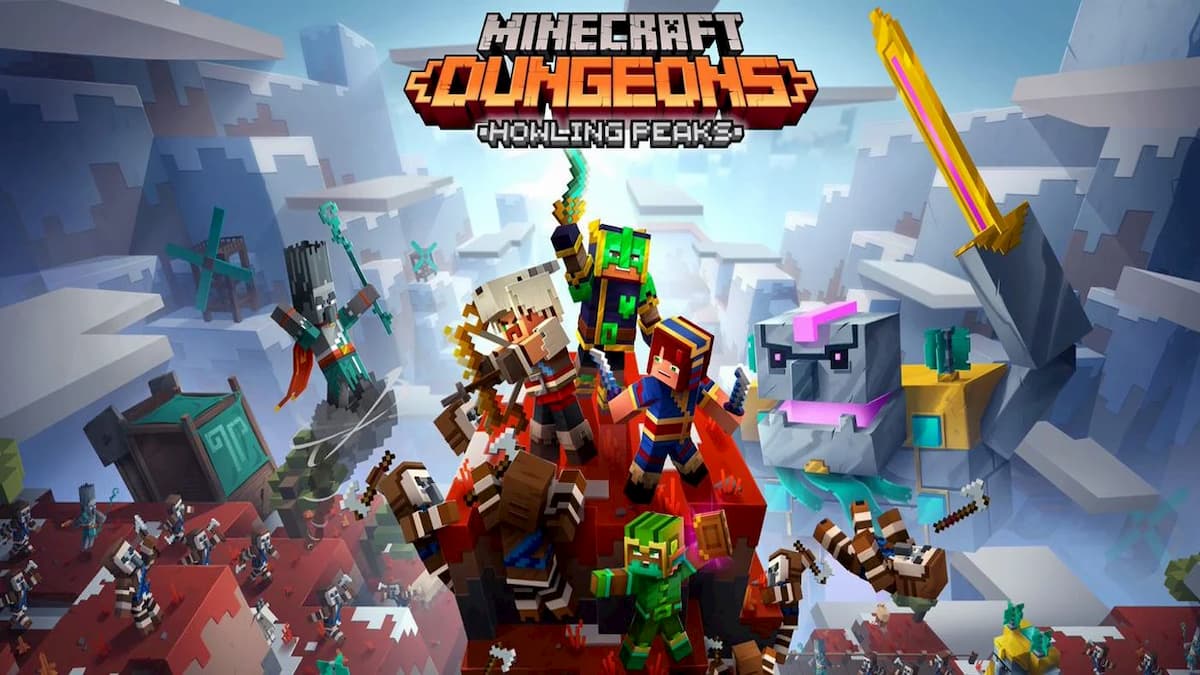 Developer Mojang Studios has revealed a new DLC for Minecraft Dungeons called Howling Peaks, and it is coming sooner than fans would expect. The Howling Peaks DLC adds a wide array of features into the game, including new gear, items, mob variants, and bosses. Players will begin their adventure in a new island altogether, comprising of three different levels, with the ferocious Tempest Golem boss standing on their way.

During the Minecraft Live showcase, the developers announced that the Howling Peaks DLC will be releasing in December this year. As of now, the exact release date hasn’t been revealed by the developers, but it is expected to arrive in the latter half of the month.

The Howling Peaks DLC is also accompanied by the Apocalypse Plus mode, a free update that will be adding endgame content for players. The Apocalypse mode will add twenty new levels beyond the current maximum, thereby increasing the characters’ power ceiling. It will also add a plethora of new enchantments and items. With so much content slated to release for the game, Minecraft Dungeons fans have a lot to look forward to in the days to come.