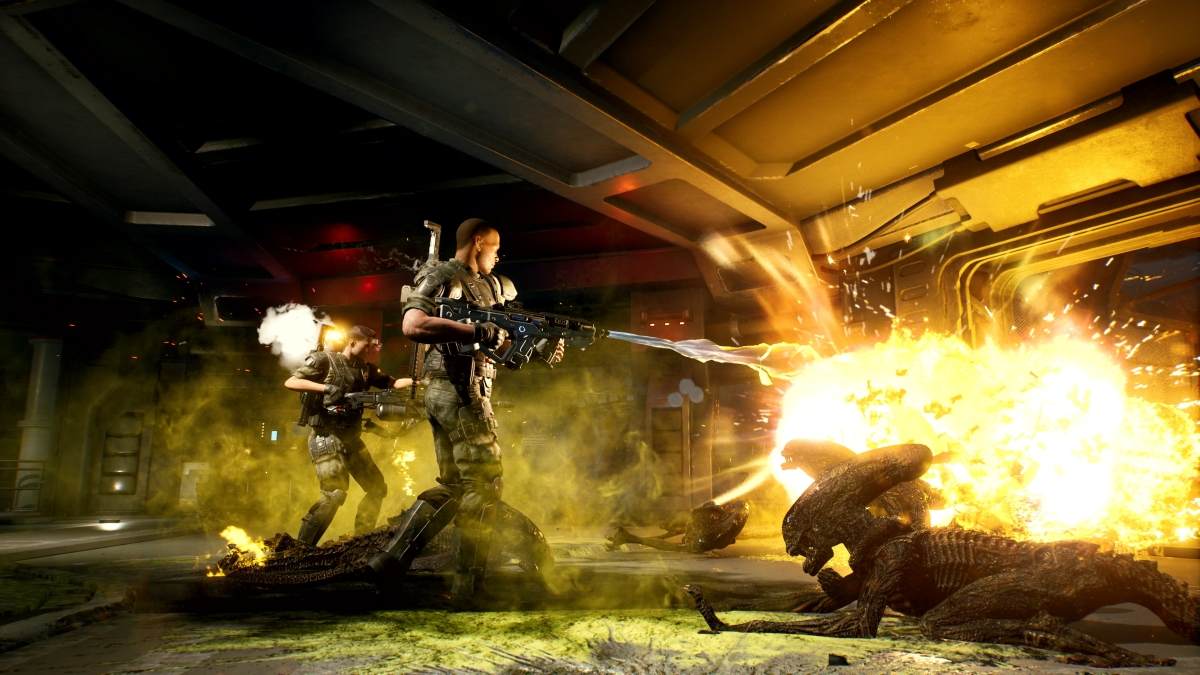 2021 is shaping up to be a big year of co-op horde shooters, with multiple high-profile titles on the horizon, one of them being the upcoming Aliens: Fireteam Elite. The game was a surprise to many fans of the franchise when it was first announced back in March, as it is a huge departure from Alien: Isolation, which was the most memorable Aliens game released in recent years.

Developed by Cold Iron Studios, Aliens: Fireteam Elite throws out the suspense and horror elements of Aliens: Isolation in favor of frantic third-person shooter action. The game puts players in the boots of colonial marines sent down to various alien-infested locales across four narrative campaigns. Players can tackle Aliens: Fireteam Elite’s missions in teams of three, or alone in the company of bots.

Speaking of bots, the titular xenomorphs will not be the only threat encountered in Aliens: Fireteam Elite. The game’s campaigns will have new stories that “evoke and expand upon the blockbuster films,” some of which will have players battling synthetic opponents created by the Weyland-Yutani corporation.

When does Aliens: Fireteam Elite come out?