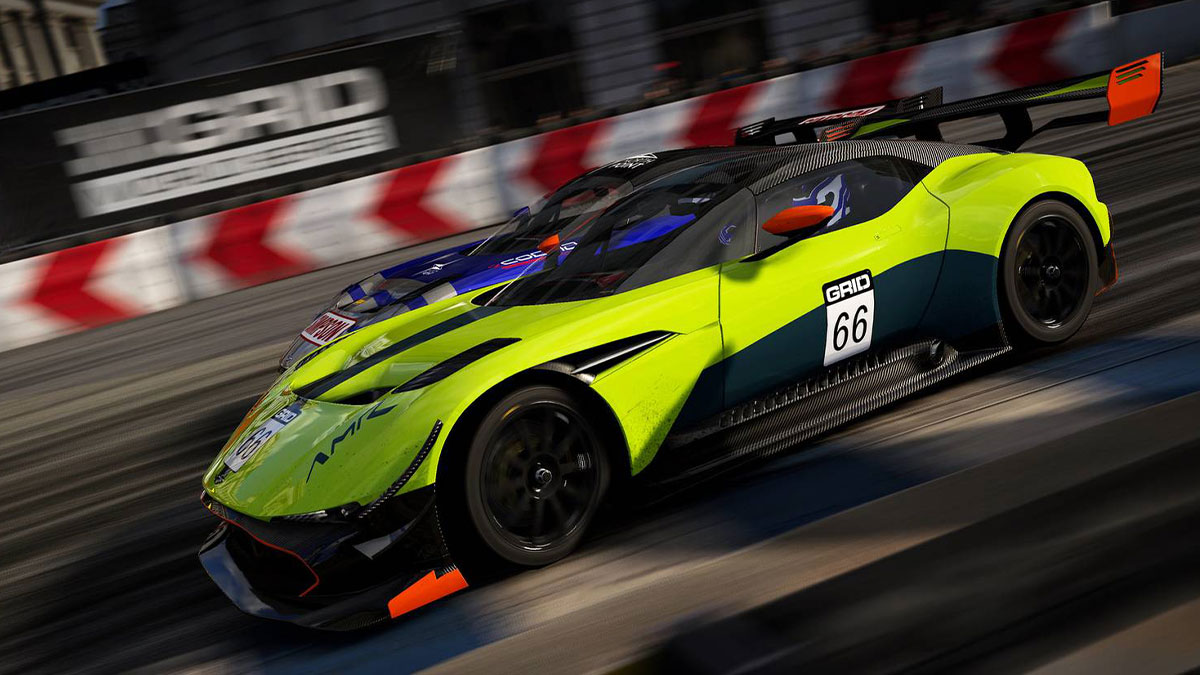 Since 2008, Codemasters’ Grid series has given racing fans the chance to slip behind the driver’s seat for some speedy simulation. The next entry is Grid Legends, which will serve up a set of brand-new features when it launches on February 25, 2022 across PlayStation 5, PlayStation 4, Xbox Series X/S, Xbox One, and PC. February is for lovers — and drivers.

Grid Legends’ debut gameplay showcase gives us a great look at the racing game in action, including the new Race Creator mode. One of many new features in the game, this mode lets you create custom races that including a variety of vehicles on any of the game’s tracks. One radical example pits hypercars against big rigs in the snowy streets of London.

A PlayStation Blog post details more of Legends’ features, including “hundreds of AI personalities” driving your opponents’ cars, which should lead to “more surprises and more of those unforgettable racing moments.” Career mode has been expanded, and Legends is the first Grid game to include a full-fledged Story mode. Nathan McKane, an original character who’s appeared throughout the series, will be voiced for the first time.

Of course, there are plenty of cars to choose from and tracks to race over too: Codemasters touts the “sheer variety of experiences on offer” in the game. “Hypercars, big rigs, single-seaters, drift legends, iconic prototypes, and stadium trucks” are all up for grabs, and you’ll be racing them through the likes of Indianapolis, London, Moscow, and more.