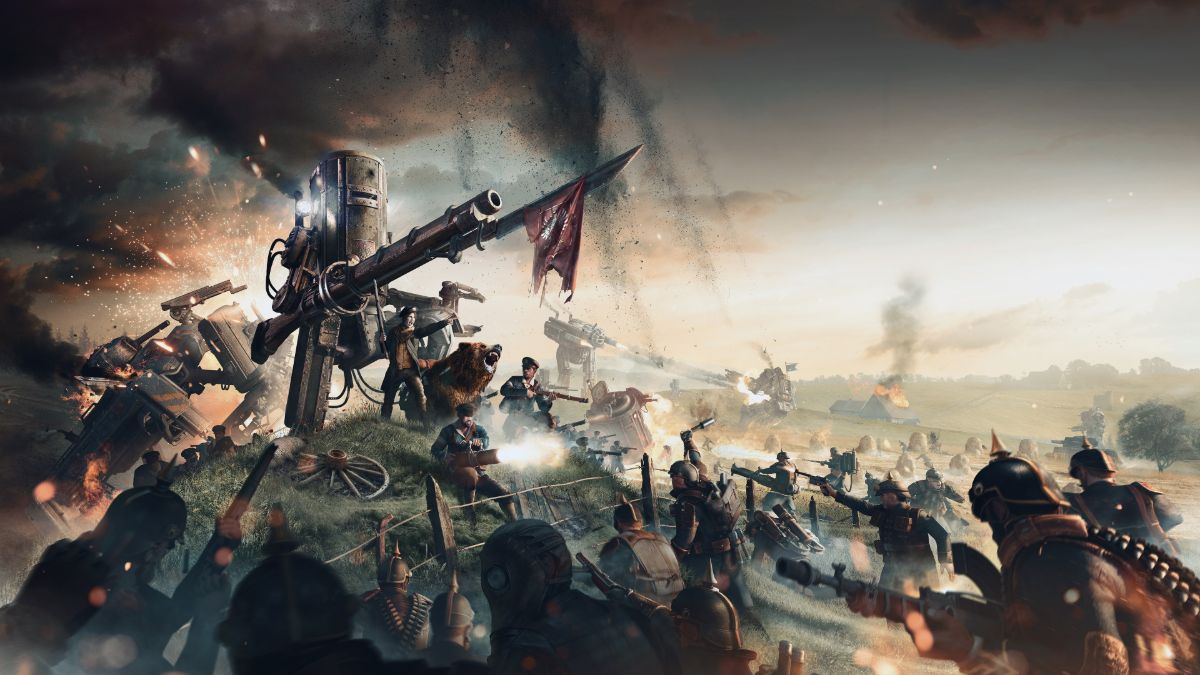 Top-down strategy games are hard to come by on PlayStation and Xbox systems, so it’s always a surprise to get a game like Iron Harvest on these controller-based platforms. The mouse and keyboard are obviously the preferred methods to play this genre, but with Iron Harvest’s console ports, the game will be more accessible for those who like to sit back on the couch. Developer King Art Games has announced the release window for Iron Harvest, and it’s soon.

Iron Harvest will be releasing on the PlayStation 4, PlayStation 5, Xbox One, and Xbox Series X/S near the end of this year. No specific date has been given, but King Art Games has said that it will release when it is “satisfied with [the port’s] quality.”

While you wait, the developer has shown a trailer of the console port running in action. The soldiers seem to be controlled by a wheel system with the analog stick. We also see a destructible building in vivid detail as a mech walks through it. Formulating building plans also seems to be snappy, despite the controller lacking the precision of a mouse.

King Art Games has announced that the console versions will have all the prior DLC from the game’s past year installed. This will include Operation Eagle and all the updates that have been added to Iron Harvest.

Any Kickstarter backers who supported the console port can transition their PS4 and Xbox One copies to the next-gen versions for free. King Art Games said on the trailer’s YouTube description, backers “can do so on [the game’s] website.”

We thought Iron Harvest had potential when it was first released on PC, so it will be interesting to see if the game’s improvements over the years will lead to success on PlayStation and Xbox systems.