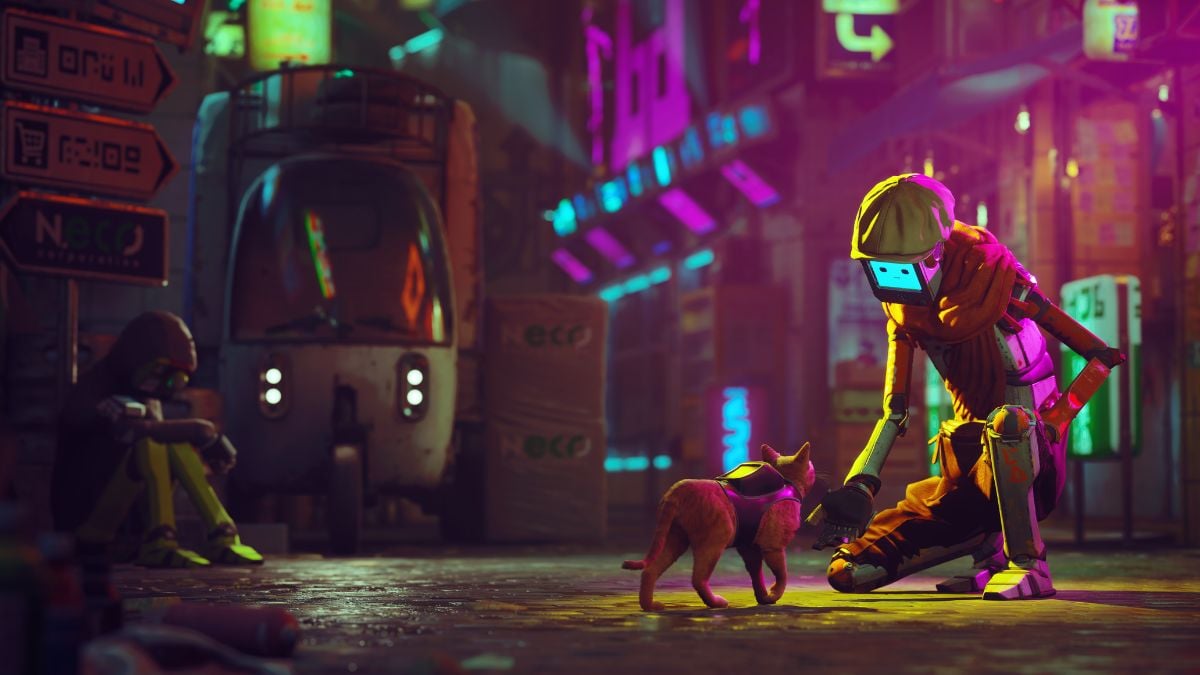 Stray turned heads when it was first announced in 2020. It caught players’ eyes thanks to its art direction and playable character. Audiences fell in love with the idea of a platformer played from the perspective of a cat. With the game almost upon us, we have the exact release times for each region.

Stray launches July 19 on PlayStation 4, PlayStation 5, and PC. The game is also included with the PlayStation Plus Extra and Premium tiers. Stray’s release times by region are listed below:

Related: Stray teaches you what it’s like to be a small cat in the big city – Review

The world and gameplay of Stray

Despite all the shiny surfaces and neon-lit alleys, Stray takes place within a forgotten city. This explains the citizens, which are primarily composed of robots with eery CRTs for heads that display their facial expressions. The stray cat players take control of must find a way to escape the city by uncovering the story behind its civilization. As a normal cat without any powers, this becomes possible due to the introduction of a B-12, a drone that befriends the cat.

Stray’s gameplay features a mix of simple platforming, puzzle solving, and item collection. Unlike most platformers, there is no dedicated jump button. Jumps are contextual, meaning they are also all automated. Its story includes linear levels comprised entirely of platforming, in addition to more open areas. These larger spaces let players take on side quests and even talk to citizens for a deeper understanding of its setting.

True to a game about cats, Stray also allows for superfluous cat-like actions. A dedicated meow button exists, for example. Additionally, you can take a nap at specific spots, letting the camera pan out to show more of the environment. Various physics objects can also be knocked from ledges just because that’s what cats do.