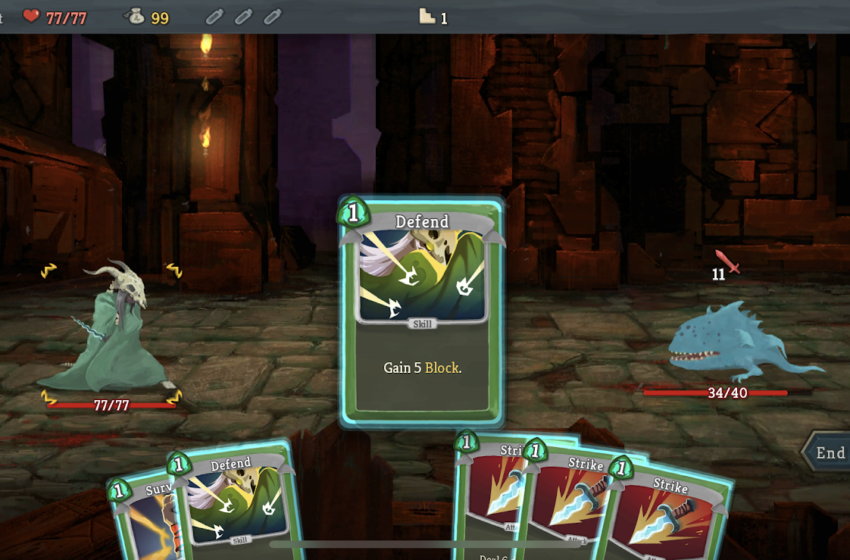 Mobile gamers, it’s almost time to slay — and we’re not talking about your dance moves. Slay the Spire, MegaCrit Games’ roguelike title, is getting ported to iOS and Android devices soon, so you’ll want to know exactly when that’ll be.

If you’ve been waiting for this PC game to make its way to mobile devices, you’re in luck. We’re here to give you all of the details you’ll want about Slay the Spire on iOS and Android.

Slay the Spire will be nestling in your pockets on iOS later in June. MegaCrit hasn’t announced an exact release date for this port yet, but it did offer a hint of when we’ll find out for certain.

In a blog post on the game’s Steam community page, MegaCrit stated that fans should tune into the Guerrilla Collective showcase, running from Saturday, June 6 to Monday, June 8, to find out. The blog post revealed that the announcement will come on June 6 too, so you don’t have to watch the entire thing to learn the details.

As for how much it’ll cost, Slay the Spire will set you back $9.99 (£7.99). The iOS port will be the full game too, minus any mod support, so you won’t be getting cheated out of the full experience.

The Android version of Slay the Spire, meanwhile, will be getting released later in 2020. While that’s disappointing for Android mobile users to hear, MegaCrit explained that they were concentrating on porting it to iOS devices first. Once that’s up and running smoothly, attention will turn to an Android port.

We’ll update this page once we have confirmed details on either release, so make sure you check back soon.