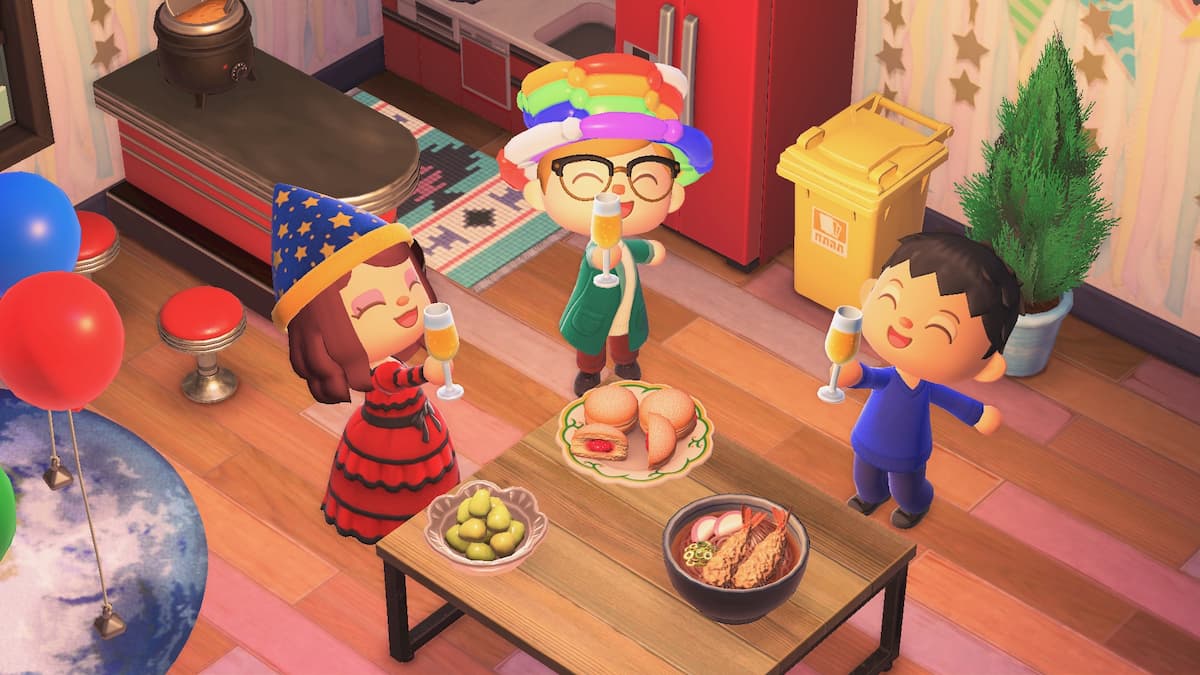 Nintendo is giving Animal Crossing: New Horizons fans a special way to send 2020 packing. On December 31, you can attend the New Year’s Countdown on your island and pick up some fun items before the stroke of midnight.

The official countdown begins at your town hall at 11 PM on New Year’s Eve, according to your console’s system clock. The setup for the event will begin at 5 AM the same day. Speak to Isabelle some time during the day, and you’ll receive Party Poppers and a Light Stick to use when the countdown begins. If you want to sound off with even more poppers, Tom Nook sells them in bulk (5 poppers for 300 bells). You can also pick up a special hat for 500 bells to commemorate the countdown; Tom Nook will offer you several colors, while your friends in other towns might have other color options.

If you’re planning to have some friends in your house to ring in the new year, there are special internationally-themed foods available from the Nook Shopping Kiosk inside your town hall. They’re only available until December 31, so be sure you get your orders in before the big day.

After the countdown is over, you can stay in your town’s center and watch a fireworks show from midnight until 2 AM.