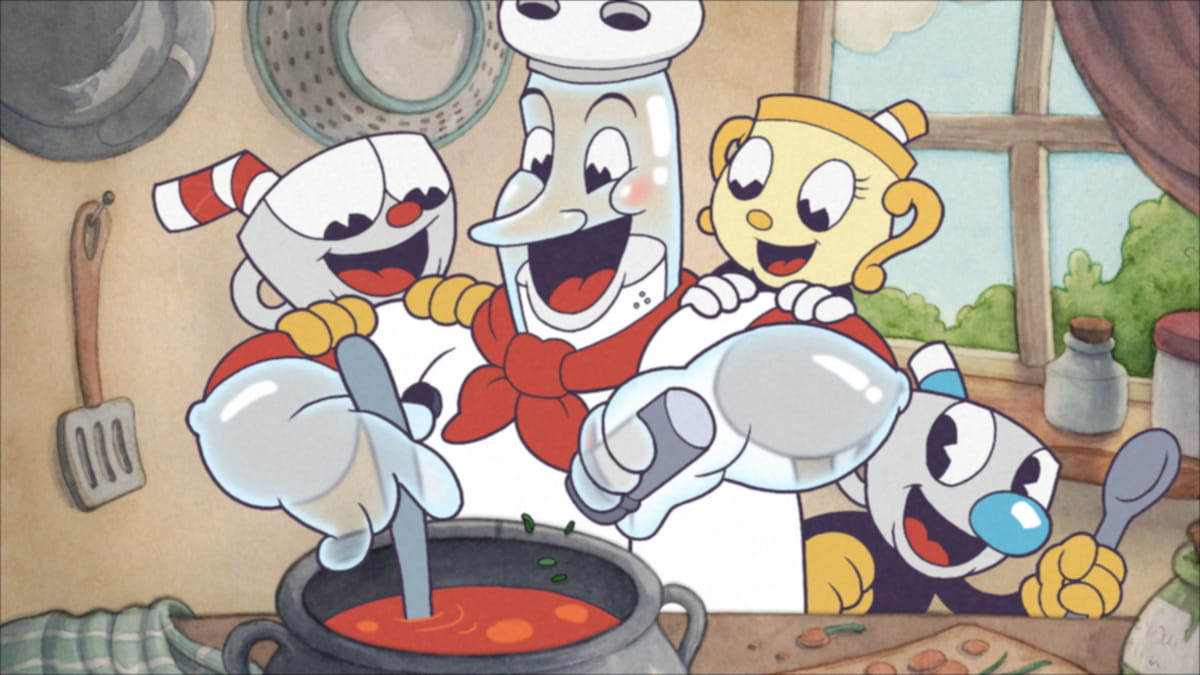 Following a toe-tapping jazz number in typical Cuphead style at The Game Awards 2021, fans of the game were treated to a very special surprise announcement: a release date for the upcoming DLC package, The Delicious Last Course.

In Cuphead’s new DLC, the eponymous hero and his ally Mugman will be joined by the charming Ms. Chalice, a new playable version of the base game’s Legendary Chalice, for brand new levels, bosses, and probably an awful lot of dying. Exploring the aptly-named “DLC Island” will take players to rocky mountains, frozen tundras, and desert plains. Powerful new foes like a yeehawing, lassoing cowperson, a mountainous giant, and a chess-themed knight will need to be met head-on. Thankfully, the heroes will have the aid of Chef Saltbaker, whose tasty baked treats will give the trio the strength they need to triumph.

The Delicious Last Course is hitting platforms on June 30, 2022, arriving on Xbox One, Nintendo Switch, PS4, Steam, and GOG. With new weapons, new charms, and a brand new way of playing with Ms. Chalice’s new abilities, there’s likely to be plenty for Cuphead fans to enjoy.