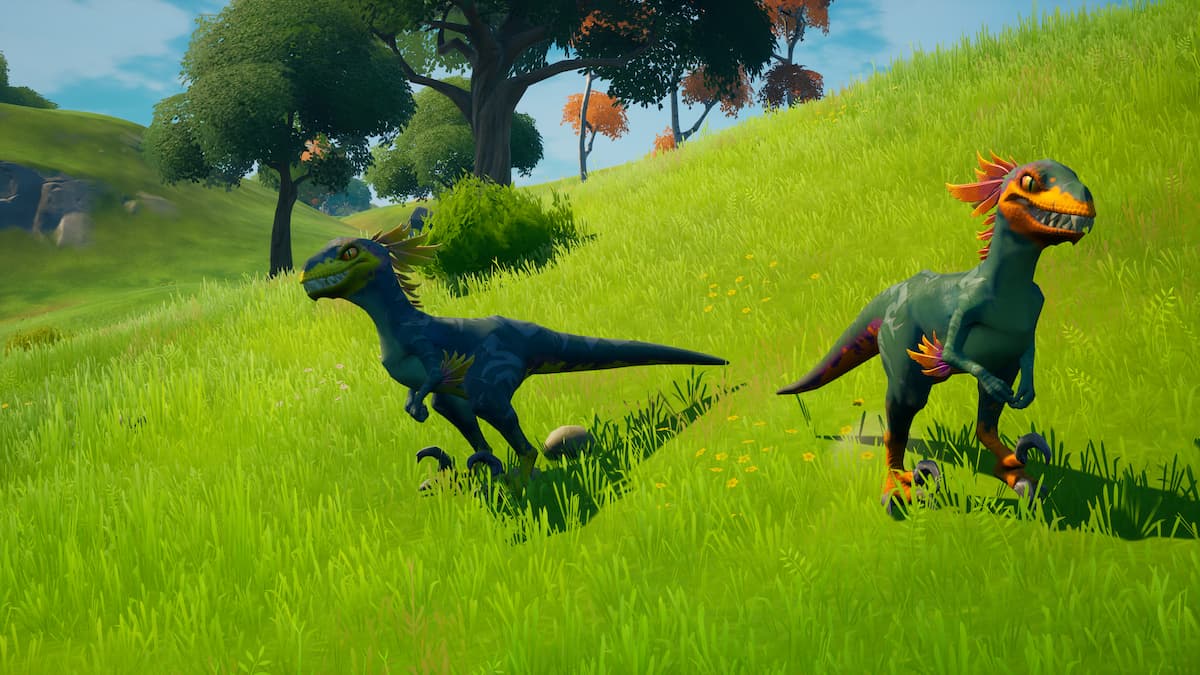 As Fortnite’s previous chapter came to a close, raptors seemingly didn’t survive the map flip that came after, as they are nowhere to be found in Chapter 3 Season 1. Luckily, it does appear that raptors, along with other dinosaurs, may eventually make their way onto this new map. From leaks to hints from the developer, all indicators point to dinosaurs sneaking their way back into the game in a short period of time.

Although there is currently no trace of dinosaurs, the biggest proof of their return comes from prominent Fortnite leaker Shiina. Via their Twitter account, Shiina posted an image of an unreleased dinosaur in-game while claiming “Dinosaurs will be added to the game by week 7 at the latest.” As developer Epic Games has revealed that the map’s snow will continuously melt with each new week, the rumor does create speculation whether these creatures are currently buried alive and may be unfrozen by mid-January.

When speaking on the addition of more wildlife being introduced, Epic Games revealed in a blog post that there is an undiscovered species that is so large “[researchers on the island] are surprised they haven’t been seen it yet.” As the post also added that Raptors are scared of the “supposed beast,” this may be hinting to a new, much more threatening dinosaur being revealed when the snow evaporates.

As for the other secrets that are tucked away within the new map, Chapter 3 Season 1 holds a brand new boss fight with The Foundation and delivers several new vaults to discover high-value loot in.