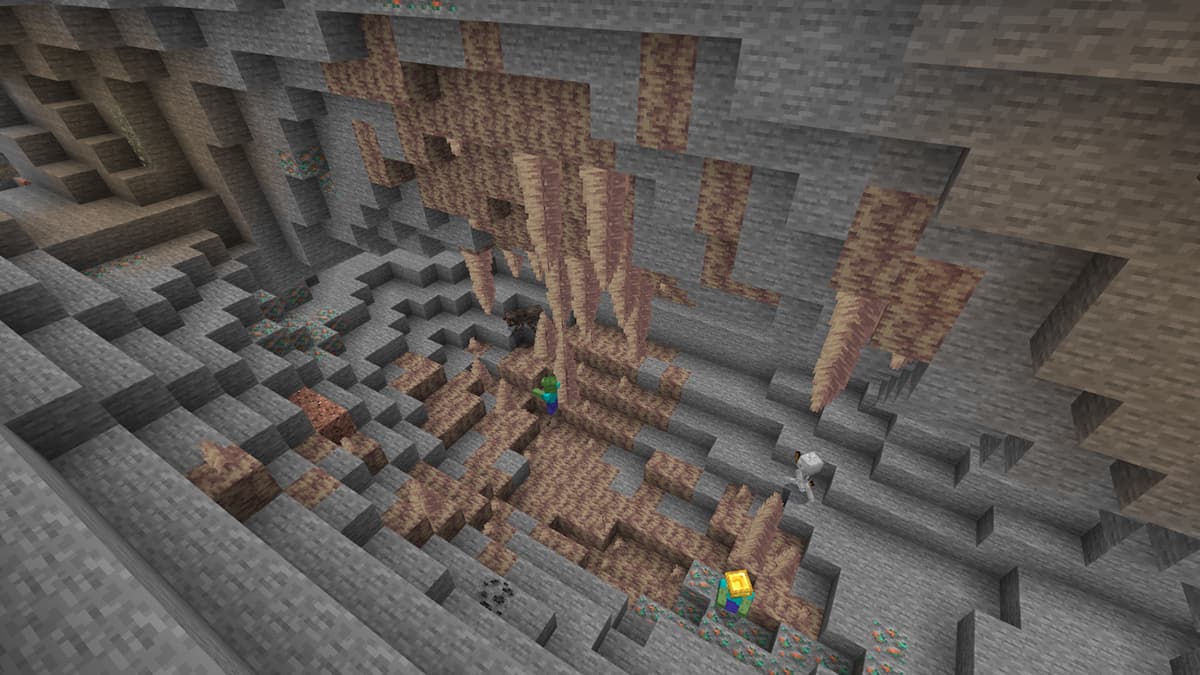 Dripstone blocks are a cool new block in Minecraft that will grow Pointed Dripstone in the form of stalactites and stalagmites from them if they have a water source. These pointed spikes are really cool to look at and can be used as a way to give yourself endless cauldrons of lava or water. However, before you can use them, you will need to find them first. Here is how to find Dripstone Caves in Minecraft.

Unfortunately, there is no guaranteed way to find a Dripstone Cave in Minecraft. The cave is a new biome added to the game in Caves and Cliffs Update Part 2, so like any other biome in the game, you will need to explore to come across a Dripstone Cave. Luckily, since caves have been overhauled with generating changes, you can go through many ravines and caves and eventually find one.

Dripstone Caves will always generate within caves or ravines, so don’t waste your time looking for them outside. You will easily be able to tell their brown blocks apart from Dirt or Granite, and the Pointed Dripstone should be dripping water or lava. Of course, be careful about mining Dripstone blocks with lava dripping from their Pointed Dripstone.