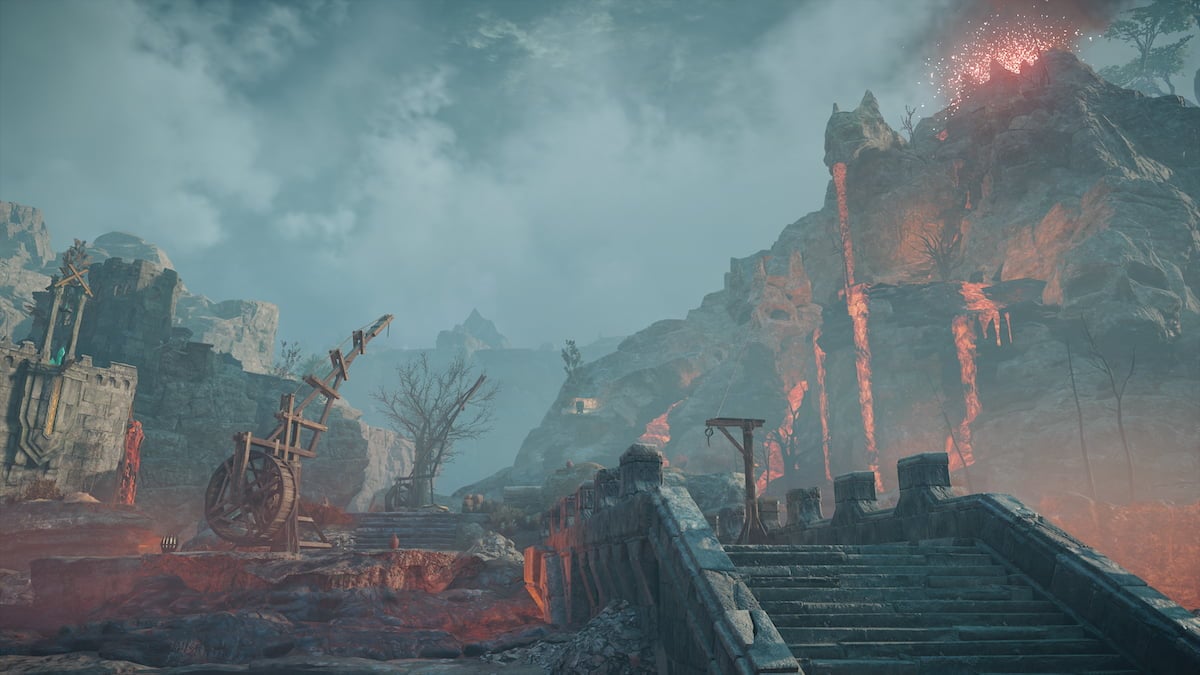 Niflheim is Hel’s realm in Assassin’s Creed Valhalla, and Dókkerland is one of the domains in this realm. You will encounter this as the second location in the game, and you will need to battle through multiple enemies if you want to progress closer to Baldr. However, this location is also where Hel hides her treasure. This guide covers where to find Hel’s Treasure in Dókkerland in Assassin’s Creed Valhalla’s Forgotten Saga.

As the unlock suggestions, Hel’s Treasure is in Dókkerland. This is the second realm you visit in the Forgotten Saga. You must make your way to this location by surviving the first area and defeating the initial boss. After that, Dókkerland will be available, and you can progress through this heated region, where Hel’s Treasure is hidden away. You can find it when you reach the third series of encounters during a Dókkerland, and it will be on the mountain at the center of the map.

When you reach this center mountain, make your way toward it and begin to climb to the top. You must avoid the lava hazards along the way and climb to the mountain’s peak. You might see a container somewhere close to the bottom, but you won’t be able to open it. When you reach the top, look for the rock archway.

When you find it close to the top, jump from this location, and you will land at the bottom, where you will find a chest. Previously, you could not open it, but it should be available for you to open. This will grant you access to the Dwarven Defender armor for the rest of your Forgotten Saga runs moving forward.