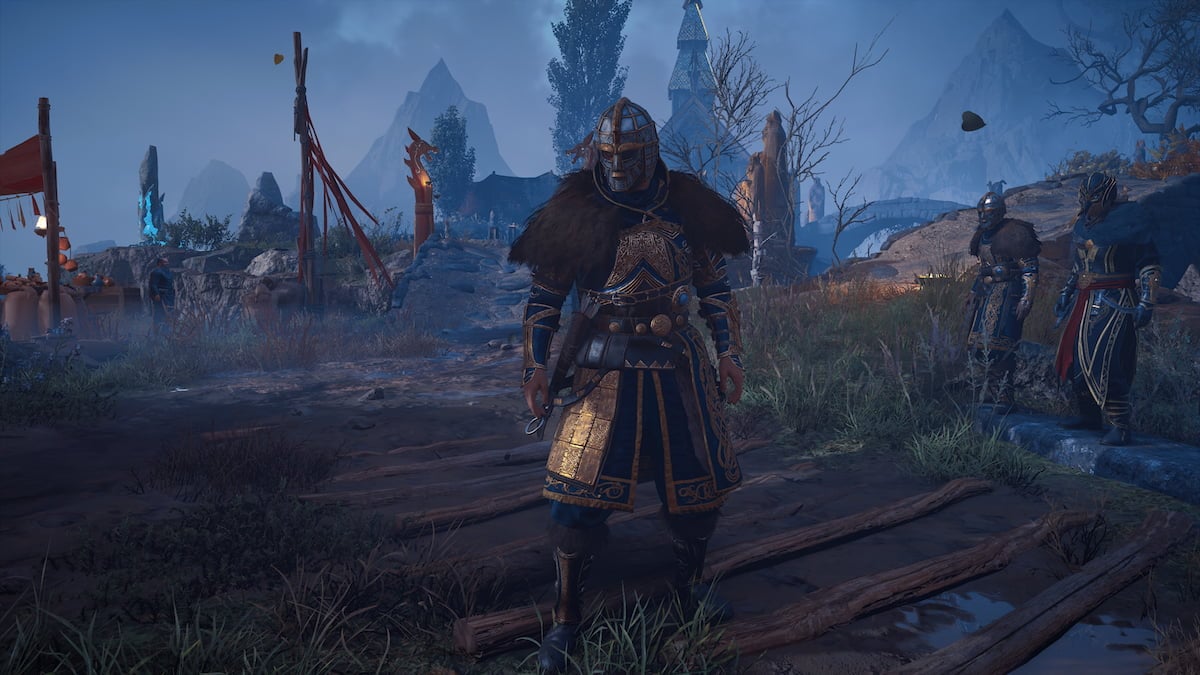 The best Outfits to use in the Forgotten Saga

The Death-Speaker Trappings has a standard passive to increase your Critical Chance and Critical Damage. If you prefer trying to sneak your way through the Forgotten Saga, we highly recommend this outfit, as you can Chain Assassination attacks, use Smoke Bombs to disappear from enemies, and infect other enemies with Poison after an enemy succumbs to it. This outfit is deadly, especially if you have the patience to get the drop on your targets.

If you do not fear death and welcome the thrill of battle, the Draugr’s Toll outfit might be one for you to try out. The passives include earning more Coins and Memories from defeating enemies, but you will receive 50% less health whenever you heal in the Forgotten Saga. The skills on this outfit will increase your fighting power as you lose more health, catch projectiles and throw them back at foes, sprint into battle, and stun enemies into submission. You may want to practice your combat skill before donning this armor.

The Dwarven Defender outfit is a solid set of armor that will give you the upper hand whenever fighting against bosses and Elite Enemies you encounter in the Forgotten Saga. It also increases your Stun timer by 10 seconds. The abilities on this armor allow you to pivot toward an attack and block it while blocking with a shield, has you dealing more damage by performing a perfect parry, gaining health when hitting enemies, and receiving health as passive. It’s a respectable outfit for anyone who does not want to rely on the Elk Antlers for healing.

The Einherjar’s Valor is for the Viking warrior who wants to use the big weapons and expects to take a lot of damage. The passives for this armor set include increased Melee Damage every time you land a hit and all healing effects are increased by 25%. In addition, then Einherjar’s Valor grants you the ability to dual wield heavy weapons, stomp enemies on the ground, and has you dealing more damage when your Adrenaline is full. This outfit might not be the best for anyone who actively uses their abilities, but it could be good if you have multiple unlocked in the Forgotten Saga.

The final outfit is Hel’s Narjarl. It’s a formidable outfit that enhances you as you bring back Draugr from the dead, giving you increased Fire Damage every one you’ve summoned, and you have increased Fire Resistance while wearing this armor. On top of those benefits, your melee attacks do Fire Damage after raising Draugr, you can booby-trap dead bodies to explode, and your raised Draugr will explode on death. For those who prefer to command the legions to the dead, you will not find a better armor set to use in the Forgotten Saga.