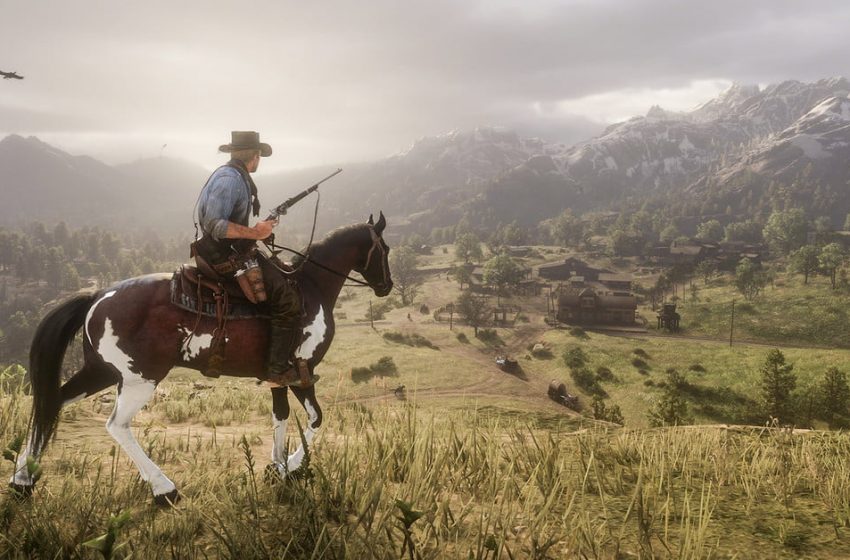 The world of Red Dead Redemption 2 is filled with legendary creatures for you to hunt. Doing so not only provides a fun challenge, as you need to track and kill the animal, but you can also get some sweet loot. The skins of legendary animals can be turned into nice-looking cosmetics to help you stand out from the crowd.

One such animal is the Legendary Pronghorn. This legendary animal can be found to the west of Rio Del Lobo Rock, in the area marked on the map above. The region is almost directly south from Armadillo, right on the edge of the San Luis River.

Head for the area and watch the top left corner of the screen. When a black box appears, you have entered a Legendary Animal’s territory. Now it is time to dismount and look for the tracks. Just walk in a slowly increasing circle until a question mark appears on the amp. Investigate the droppings or fur that are marked my the questions mark. Now you need to enter Eagle Eye mode and follow the tracks of the animal. Repeat this process between all the animal markers, and then the animal will appear.

While the Legendary Pronghorn doesn’t pose a threat to you in the way a bear would, it is still awkward to hunt. You need to find the tracks; the carefully move around the area to find it. The Pronghorn will spook very easy, so you need to be cautious. What the Pronghorn lacks in threat, it makes up for in speed. We would suggest using a weapon that is fast-firing, and accurate over medium to long distances, such as a Carbine. You can also try to get very close and use a shotgun, as Legendary pelts cannot be damaged.

Be prepared to use your Dead Eye ability to put multiple shots into the animal’s head when you find, to ensure it cannot run away. As long as you are careful and get the drop on it, you shouldn’t have an issue here. If the animal does escape, leave the area for a while and return to try again.