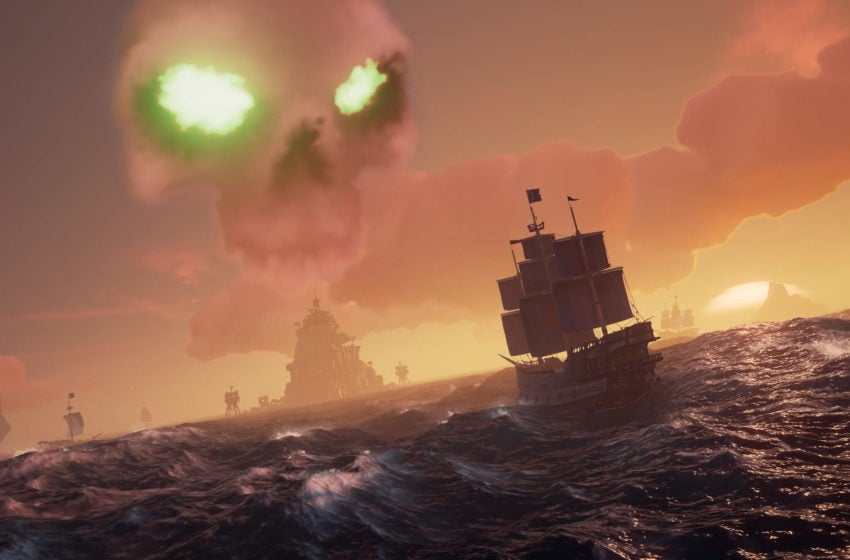 The Sea of Thieves is home to various characters from all over the world. A notable one you may have encountered is Merrick, the founder of The Hunter’s Call company. They first arrived as a way to provide hints for players looking to uncover where they could find and fight against a Megalodon during the Hungering Deep content update. He has three journals you can find all over the sea, and you can visit these locations to read his thoughts and complete some achievements.

The first journal you can find is on Shark Bait Cove. It’s hard to miss because you find it right at the center of the island. The center features a dark shark shrine, and the book should be leaning against it.

Previously, this location was Killer Whale Island, where Merrick crashed his ship, and players had to relocate it to recover his journal. Now, the Reaper’s trading company has taken it over and are now using the bones of Merrick’s ship as their base of operations. You can find the journal on the island adjacent to the hideout, next to additional ship wreckage.

The last journal you can find is near The Reaper’s Hideout, but it’s underwater. You need to locate an underwater cavern to reach the location. It’s on tile N-13. Sail your ship out to the middle of it, anchor it, and dive into the water. You want to locate a large shipwreck underneath the waves. To the east side of the shipwreck is an entrance, and if you swim through, it leads to a cave. On the table opposite a large wooden statue is Merrick’s final journal.