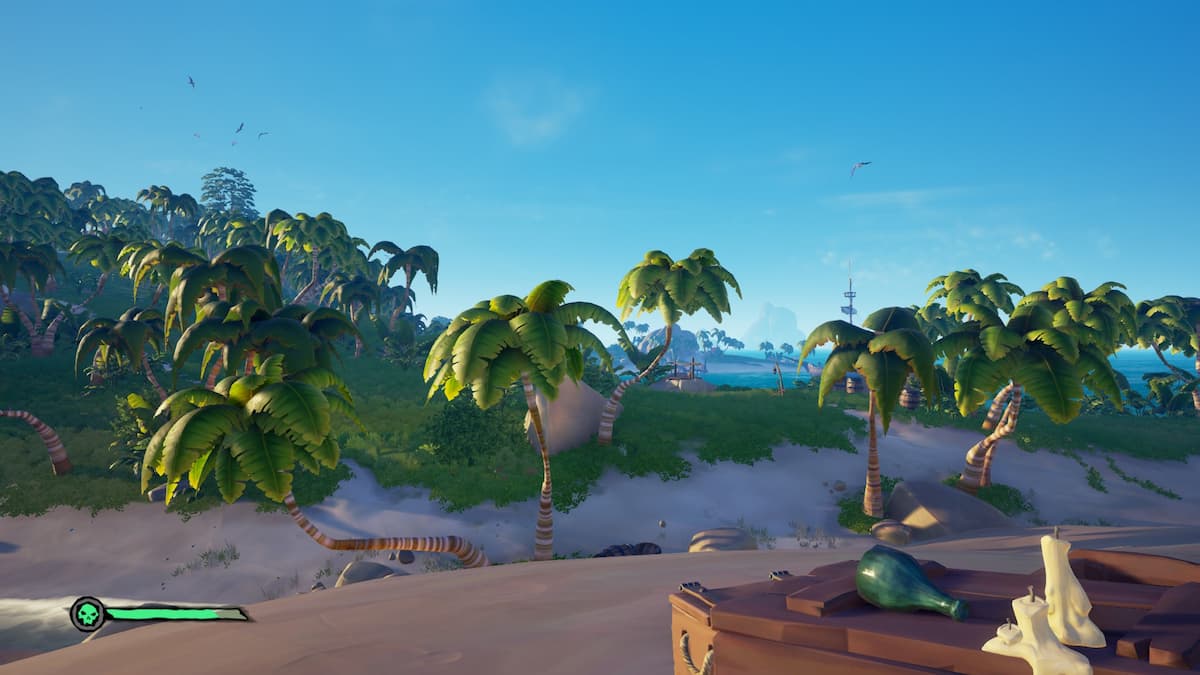 You can find a handful of animals wandering the many islands in Sea of Thieves. One of them is pigs, and if you have a pig crate, and you can scoop them up from an island to add to your ship, or sell them off to the Merchant Alliance. The Merchants will happily exchange them for a few gold pieces, so if you have some room of your ship, it never hurts to make an exchange. Plus, in Sea of Thieves’ Season One, you’ll be able to complete a few challenges that require you to turn in pigs, so you’ll increase your renown even more.

Where to find Pig Crates

Before you can capture a pig, you need to find a pig crate. There are two ways to obtain them in the game. The primary way you can earn these crates is by choosing to accept a Merchant Voyage from the Merchant Alliance, and being requested by that representative to fetch them several pigs. All you have to do is approach the representative, and they’ll give you a crate for every pig requested on the voyage. You’ll have to grab them one at time, and ferry them to your ship.

The other way is to find them while you are wandering around an island. They’ll spawn like any of the other random objects, so you can find them next to barrels on an island or on the shore of an island you’re visiting.

Where to find pigs – All locations

Once you have a pig crate on your vessel, the next step is to find a pig. You can find them at various islands all over the game, and there are specific locations that they spawn. While they may not always appear in these locations, you have a good chance of having them appear on these islands.

When you find yourself starting at an outpost, take a look over the list to find the best island for your crew to head towards to locate some pigs. You can make it easier on yourself by speaking to any of the Merchant Alliance members to accept a Merchant Voyage requiring pigs, or see if you can find any crates while you’re exploring those islands.