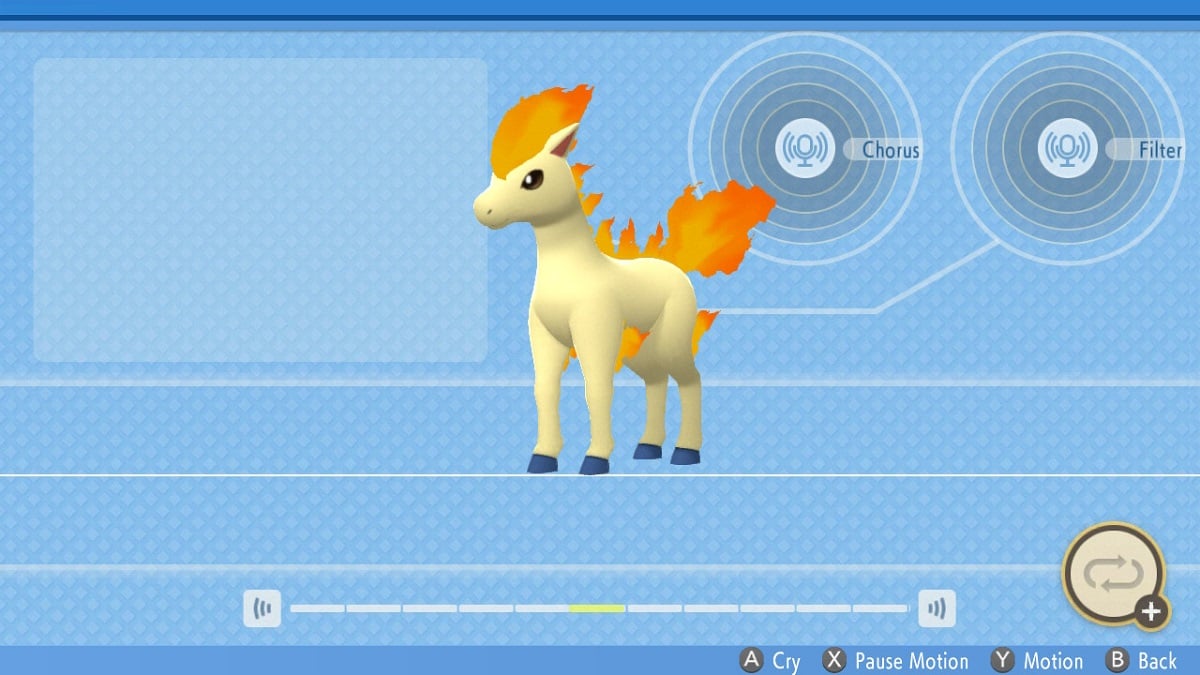 Pokémon Brilliant Diamond and Shining Pearl lack fire-types during the early game, so it may come as a relief that you can find a Ponyta shortly after getting the second badge. Here is how to find it.

The adorable fire horse Ponyta can be found on Route 206 south of Eterna City and north of Oreburgh City. It is under the bridge that takes cyclers across the area as there are no wild spots on the crossing itself. Go through the bridge, defeat all the trainers in your path, and then once you’re off the route, travel right to find some trees to cut. Using Cut, chop down a tree to clear a path and go into the tall grass.

You’ll come across some Geodudes and Kriketunes, but keep trying until you find the adorable horse Pokémon. Once you’re in a battle with one, use relatively weaker attacks on it to get it to a red bar. We used the Cut attack to get into that sweet spot as it isn’t a high-damage move. Now, use a sleep move to make the Ponyta unconscious. Throwing a regular Pokéball worked for this encounter.

The original game also has Ponyta running around in Routes 210, 211, 214, and 215. One of the easiest spots is just right of Eterna City in a patch of grass before crossing a wooden bridge. It’s beside the “211” sign.