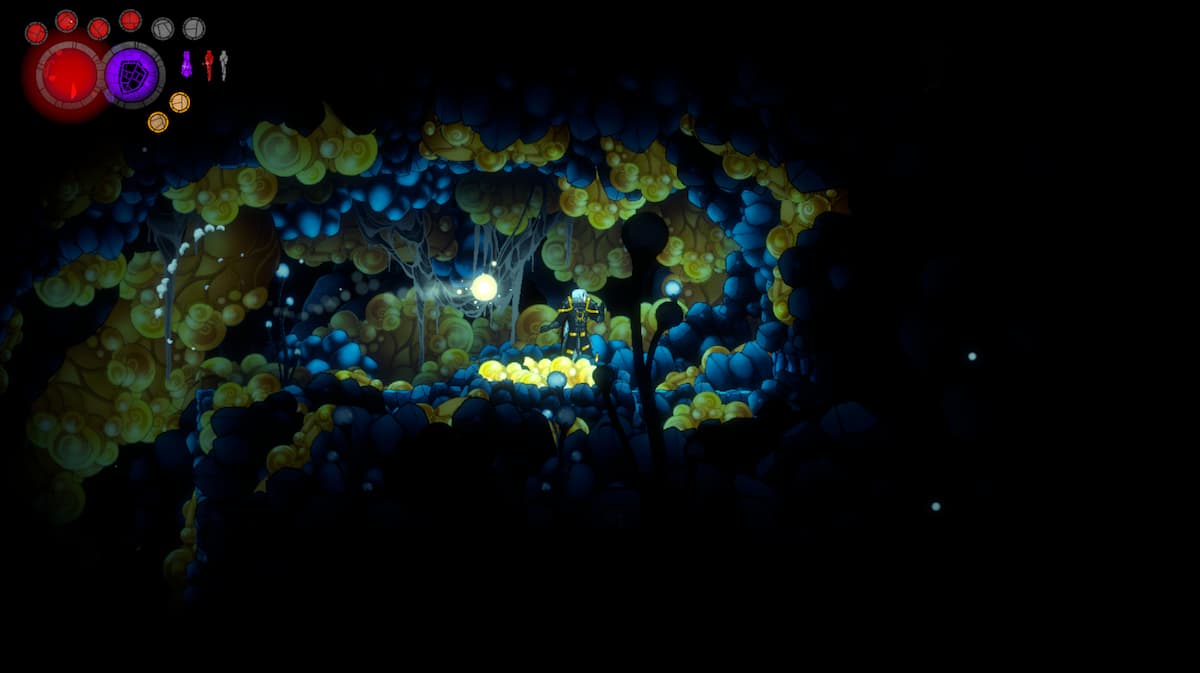 During your travels in Aeterna Noctis, you may stumble across an NPC known as The Collector (and if you haven’t, he’s located in the fifth crypt, the Corpse Warehouse — the entrance is located to the west of the King of Darkness statue). The Collector will task you with finding a Cavernous Worm Chrysalis in exchange for an ancient artifact — but he doesn’t tell you where it is. This took some serious exploration to find, so nobody would blame you for not finishing this quest. We did find it, and so here is where to find the Cavernous Worm Chrysalis in Aeterna Noctis.

First, it is highly recommended that you have cleared The Forge area and defeated The Phoenix. This boss rewards you with the Double Jump ability, which is extremely useful. While it’s not strictly necessary to have this item, it will make many jump puzzles and the upcoming boss significantly less irritating. Second, stock up on potions because this trip is a long one.

Get started by heading to the outside of The Forge area, otherwise known as the Lava Caverns, and head east, following the path marked in red. You’ll be traveling through a series of caves, which will take you to the first boss of the area, a giant Cave Worm. This boss isn’t difficult, but you will need to have unlocked the Spear subweapon to make easy work of the adds he spawns. Jump over his attacks, shoot an arrow in his eye, and then use the Spear twice to clear the adds and gain back your Blood.

After defeating the Cave Worm, follow the path again in red. This will take you through a series of jump puzzles, which are very tricky and time consuming, so don’t get frustrated. Just practice and you’ll get through them eventually. At the end of your trip, you will have found the Chrysalis. Hope you brought a teleport back, because otherwise the only way to get out is to proceed further into the caves.