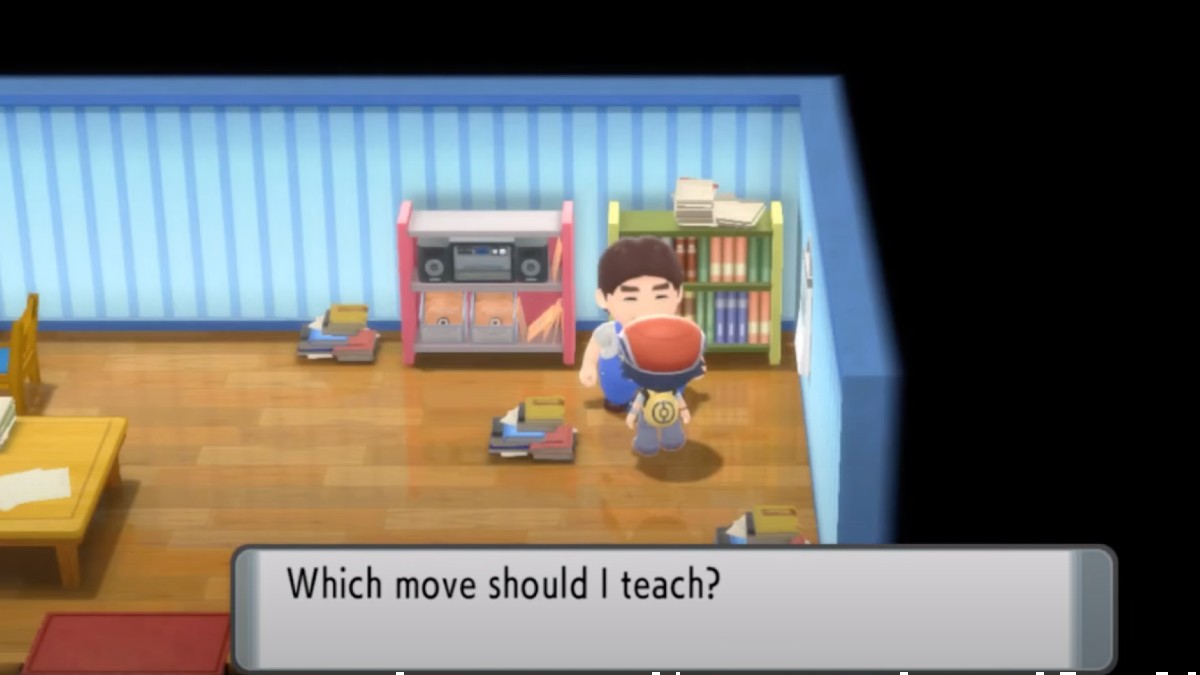 So, you made your Pokemon forget an old move in favor of learning a new, more powerful attack. It’s understandable to remove moves like Tackle and Bite from their move set so that they could learn moves that are more in line with their power type.

But what if you want your Pokemon to relearn a certain move that’s in or outside their type so as to improve your battle strategy against other Trainers and in preparation for the Pokemon League battles? That’s when you need to enroll them in a remedial class with the Move Relearner.

In Pokemon Brilliant Diamond and Shining Pearl, you would need to find a Move Relearner in Pastoria City. His house is located a couple of doors down east of the Pastoria City Gym. You’ll know you’ll arrive at the Move Relearner’s house when you see four berry trees in his backyard.

Once you arrive at the Move Relearner’s house, he’ll ask you which Pokemon needs tutoring. Then you select the Pokemon on your team that you believe needs the most tutoring on a move you either made it forget for the sake of bettering it or did so by mistake. For example, you mistakenly taught Staraptor the Fighting-type move Close Combat knowing that it’s a Normal- and Flying-type Pokemon, so pick that one in hopes that you could teach it a move that better suits its types. From there, the Move Relearner will present to you a list of moves you want it to relearn that are labeled as Normal and Flying.