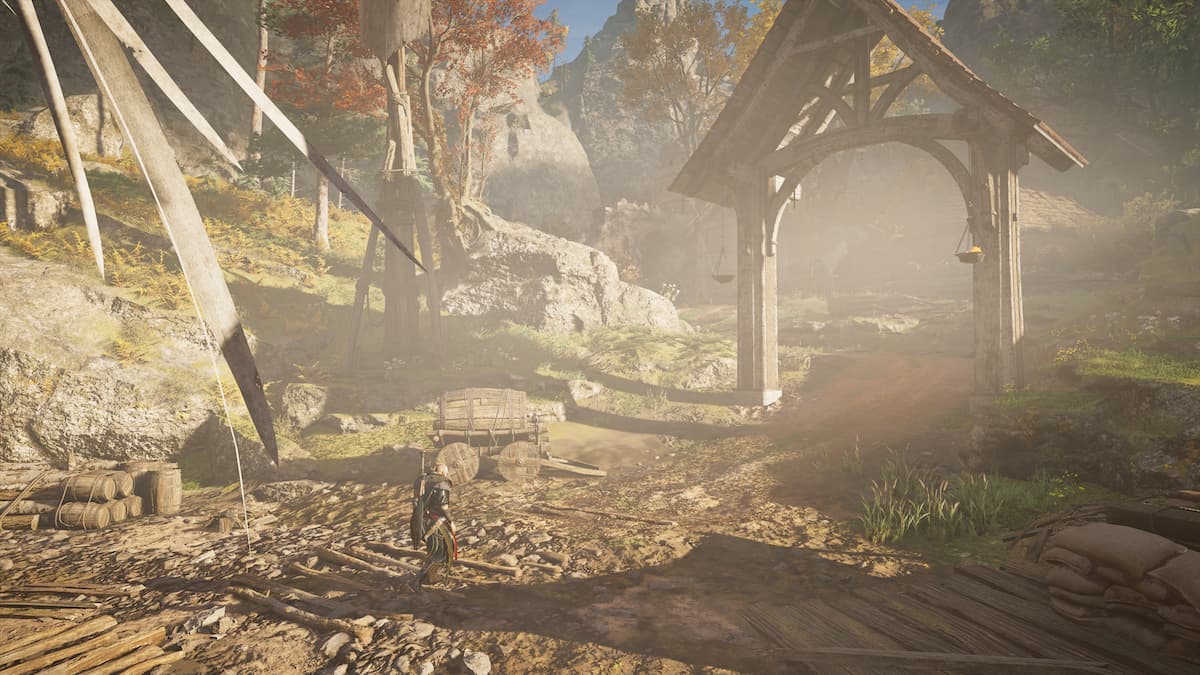 The River Raid update in Assassin’s Creed Valhalla opens up a new region in England where players can patrol the waters, seeking the best targets to raid. You can gain quite a few resources to upgrade your equipment, silver to pay your Jomsviking, and exclusive equipment in each region. In the River Severn region, you can find a River Map clue. You can find the River Clue map for the River Exe over here.

The River Map clue is hidden in the River Severn map. We were able to find it by using our Odin Sight to locate it. It’s similar to locating a River Raid key. It won’t be yellow. Instead, it’s white, and it still has that similarly shimmering look about it. You can find it at the Northern Monastery in the River Severn region. It’s at the top portion of the map, on the east side.

When you reach the Monastery, even if you clear the entire area, it won’t tell you’ve found it until you interact with the piece of paper. It will be inside of a church, on a table. However, it’s hidden behind a locked door. To access the locked door, reach the large church, and immediately turn to your left. There will be an open barred door that you can fire an arrow through and break the door’s barring from that side. Then, you can run around the side of the church and open the door. Inside that room will be the map clue.