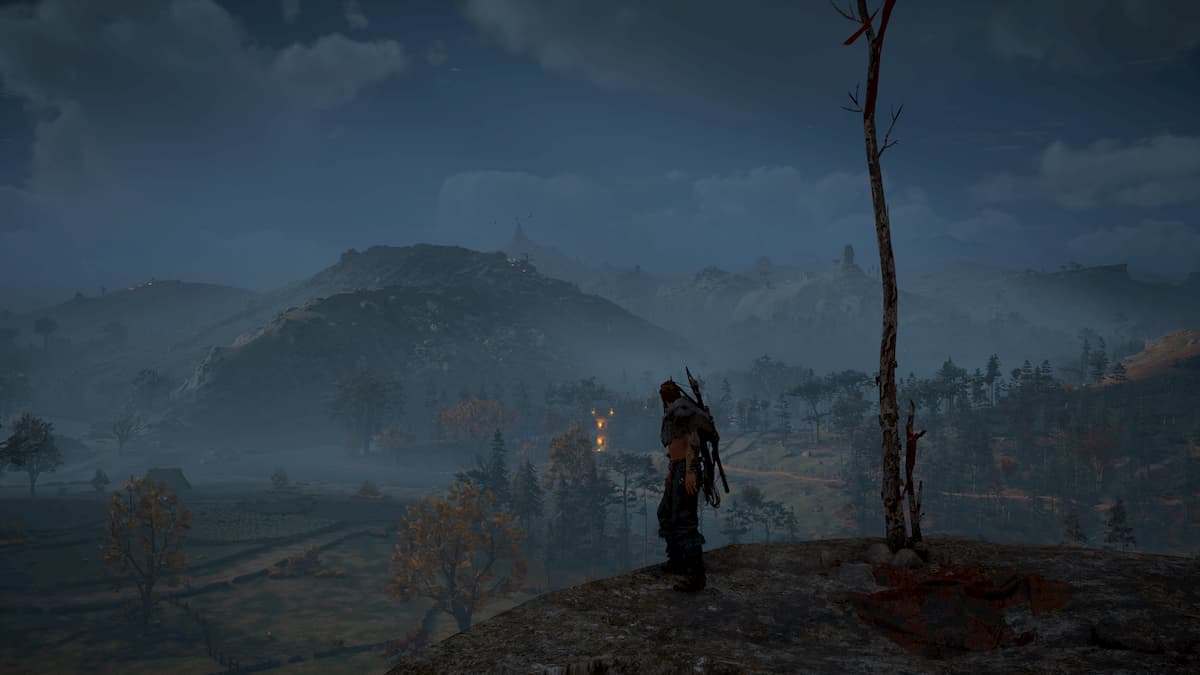 The treasure hoard maps in Assassin’s Creed Valhalla provide you small glimpses of where you can score some fantastic loot. Unfortunately, they’re fairly obscure, so you have to do a bit of detective work, even more than you traditional use of Odin’s Sight to fight the exact location. Here’s where you can find the treasure for the Ledecestrescire Hoard Map.

You can find the Ledecestrescire Hoard Map underneath Venonis. It’ll be the artifact on the south portion of the area, right along the waterway. Look for a small cave in front of a fisherman. To find the artifact, break the vases and then dive underneath the small gap leading to the treasure room. Now, you have the map.

Once you have the treasure map, you’ll only receive a small clue of where to go. The location is poorly written and doesn’t provide concrete details.

When you reach the rock formation, you want to find a small little notch on the rock’s left side. The treasure’s exact location will be behind a large tree with orange leaves and directly next to an orange bush. There is a distinct part of a blue and silver glow rising from the ground. Approach it, and you’ll have found the treasure. It’s a snakebite scheme for your longship’s shields, adding another appearance item to your collection.