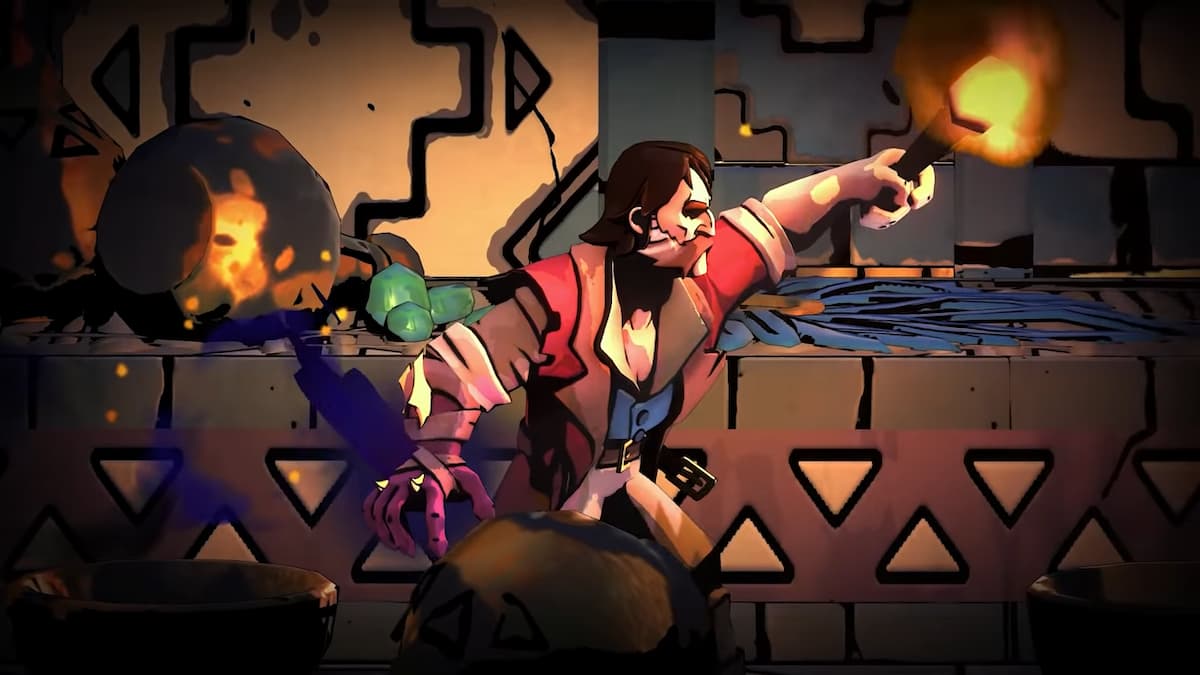 Every time you die in Curse of the Dead Gods, you get sent back to the game’s hub world, called the Underworld. But, before starting a new run by heading through the huge doors in front of you, turn around and head backward. Stand on the giant skull in the center of the room until the three skulls around it light up, then press your Interact button to open the upgrades menu.

There are a few different types of upgrades to choose from in Curse of the Dead Gods. Some upgrades give you stat improvements while others increase the drop chance of specific items. To purchase upgrades, you will need to exchange either Crystal Skulls or Jade Rings. Below is every type of upgrade and what they do.

Crystal Skulls and Jade Rings are the main currency for upgrades in Curse of the Dead Gods. Crystal Skulls can be exchanged for passive upgrades, while Jade Rings can be used for weapon upgrades. You will naturally accumulate these just by playing the game. Every Champion and Avatar drop Jade Rings upon defeat. Regular enemies have a low chance of dropping Skulls, while bosses and champions always drop a few.