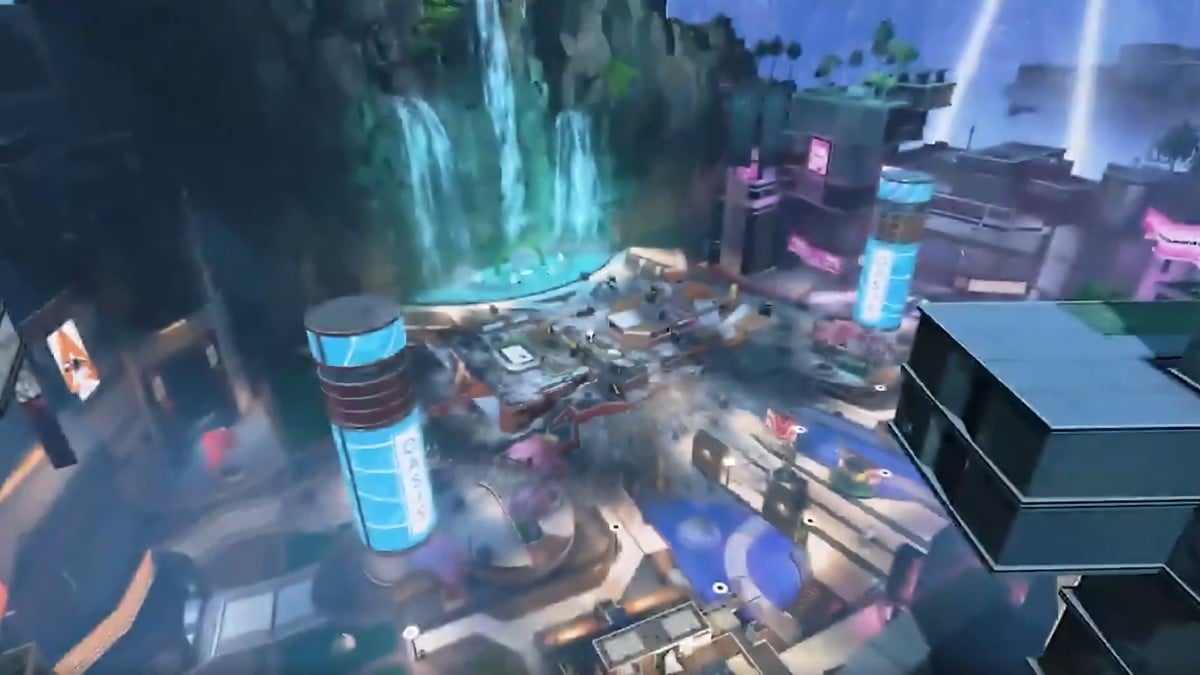 Season 9: Legacy is just around the corner for Apex Legends players. On April 14, the official Apex Legends Twitter posted a video thanking their playerbase for reaching 100 million players and showcasing a major update to the Olympus map. Olympus is now showing a later in the day skybox, a landed location with waterfalls and brand-new POIs. The video ended with a date: April 19. It can be expected that we will get more information about Season 9 on that date, maybe even the Season 9 trailer.

That said, between the showcase and the end card, there was an easily overlooked clip that lasted less than three seconds, revealing the next Legend in Apex Legends: Season 9, Valk. Valk has a jetpack and is seen flying through the cloudy sky when Mirage looks up towards one of the new towers.

The figure is small because of how far away it is, but this is the first official look at Valk that Respawn has given players. Valk is visible from 0:42-0:43, moving on the left side of the screen towards the center. The video in question is embedded below if you want to see it for yourself.