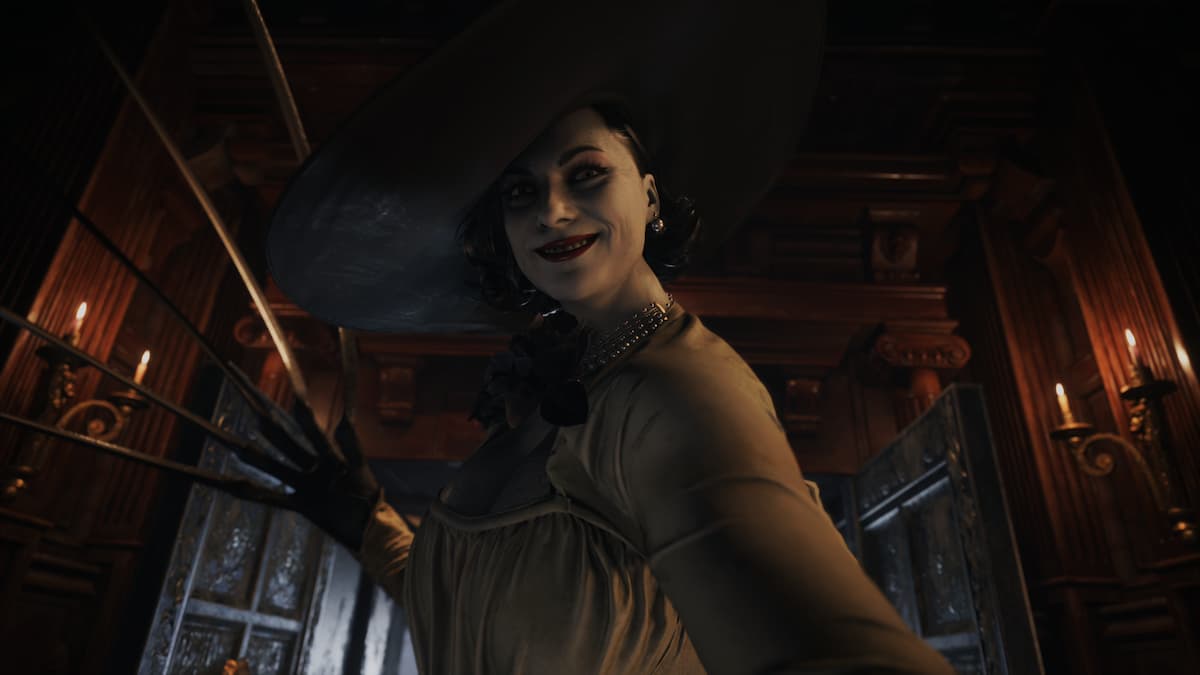 If Resident Evil Village has an early breakout star, then that star is Lady Dimitrescu. So far, information on this rather tall, rather buxom lady is limited. We can draw some things together based on the reveal trailer and from having played the Resident Evil Village Maiden demo currently available on the PlayStation 5.

So, let’s go through what we know about Lady Dimitrescu so far and why we think it will be her job to terrify you every step of the way in Resident Evil Village.

We first meet Lady Dimitrescu in the trailer. She has a phone call with someone called Mother Miranda, and she is confessing that a man named Ethan Winters has escaped. She reveals that Winters is loose in the castle and has proven too much for her daughters to handle. She tells Mother Miranda that she will find him, and also states, “I understand the importance of the ceremony.”

We also get to meet Lady Dimitrescu in the Maiden demo, so spoiler alert if you have yet to play it for yourself. It will be coming to the PS4, PC, and Xbox in the future.

Our first glimpse of Lady Dimitrescu comes through a slightly opened door as we skulk around the halls of her magnificently ornate castle. A massive shape moves past the door but is gone in an instant, and by the time we get to the door, the hallway outside is empty. Lady Dimitrescu is truly massive, easily eight feet tall. We then meet her again at the end; just as we think we are about to escape the castle, it turns out she has been lying in wait, playing a game with us.

As we open the door to finally get outside into the courtyard, she swoops in, blocking our path, extending long metal blades from her fingers before plunging them into our head.

What does this tell us about her?

Based on clues like the castle where she lives, which is ornate, opulent, and a personal playground of cruelty, we know that Lady Dimitrescu is powerful, but she is not all-powerful. She is clearly subordinate to Mother Miranda.

She is also remarkably cruel, not just content to kill but preferring to play with her food. It is obvious in the demo that she could have killed us at any time but preferred to let us feel like we had escaped before stepping in to dash that dream herself.

If we had to put money on it, we would predict that it will be Lady Dimitrescu that ends up chasing us down lots of hallways in Resident Evil Village. Her imposing size puts her squarely in Nemesis territory, and it seems likely that she will be filling the role of “chaser” in the game. Another clue about this is her seeming inability to just pass through walls, as we clearly see her ducking under a doorway in the trailer. Her disappearance from the hallway in the demo can be explained by the locked doors that we cannot enter.

The only reason you do this is to give players a means of escape, which traditionally means putting some architecture between you and the creature that is chasing you. Resident Evil games love to have a massive monster to ramp up the tension, and Lady Dimitrescu certainly seems to fit the bill.

For now, this is really all we have to go on. Lady Dimitrescu is very tall, very dangerous, and according to the internet, responsible for a whole host of sexual awakenings. As we learn more about our new tall queen, we will of course update this article.