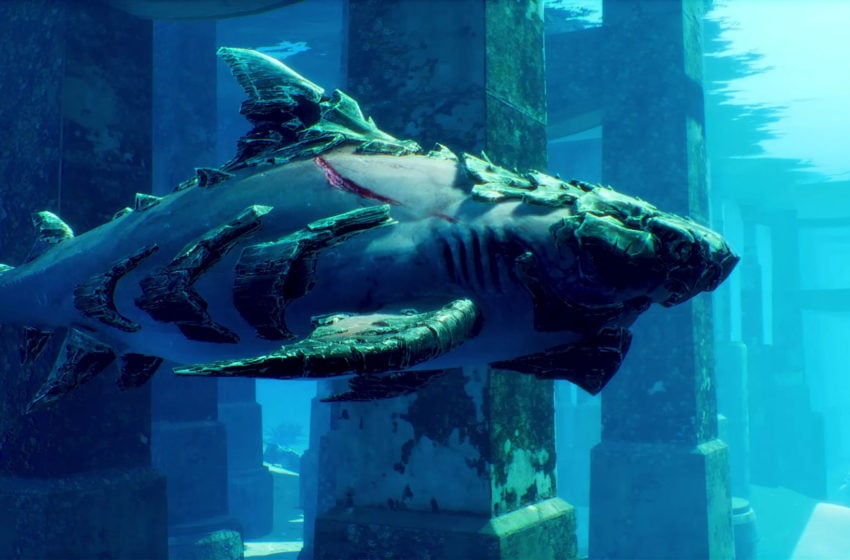 Maneater has been cast into the wide ocean of video games. Tripwire Interactive’s shark RPG puts you in the role as, well, the titular predator — one that naturally can’t speak.

With Maneater being a single-player story-driven game, you may be curious about how the plot is told with a silent protagonist. Maneater, thankfully, has someone who narrates the story between gameplay sections. If the voice sounds familiar, you might rack your brains as to who it is. Wonder no more as we reveal who the mystery narrator is.

If Maneater‘s narrator sounds familiar to you, that’s because it’s Chris Parnell. The actor is known for his eight-year stint as a cast member on Saturday Night Live between 1998 and 2006. You may also recognize him from various movie roles, including Anchorman, 21 Jump Street, and the Hotel Transylvania series.

Parnell’s most famous roles, however, have been on hit TV shows. Parnell has appeared as Dr. Leo Spaceman in 30 Rock, as Cyril Figgis and Buck Henry in Archer, and Jerry Smith in Rick and Morty. These are his biggest TV roles, but the 53-year-old has been appearing or voiced characters in numerous shows for 24 years now.

Parnell lent his voice to the character Tom Connors in GTA Online too, and Maneater represents his second foray into voice acting in video games. Parnell is the host of an in-game reality TV show called Maneaters vs. Sharkhunters, and he acts as a guide to the player throughout the campaign.

According to reports, Parnell recorded 90 different lines of dialogue dedicated solely to situations where players’ sharks eat humans. Eat enough of them, then, and you’ll hear every one of them.