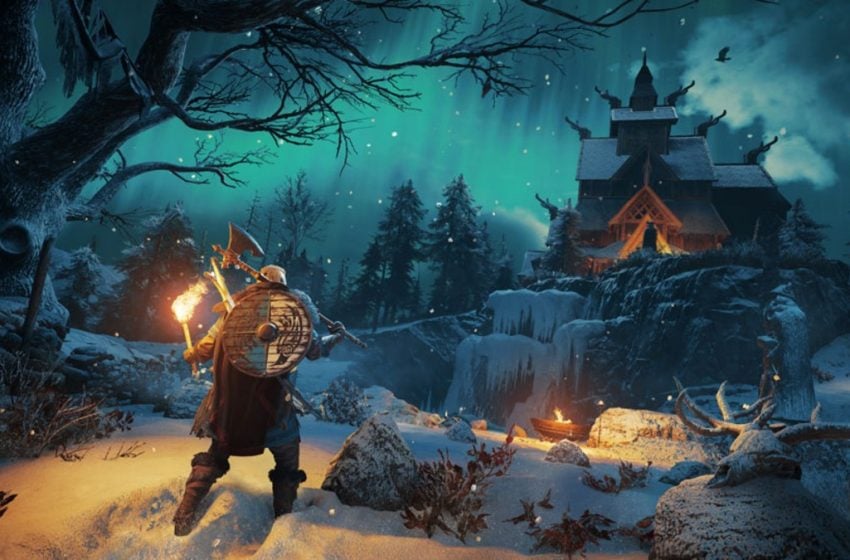 Rumors that had been swirling for quite a while about a Viking-themed Assassin’s Creed game were confirmed when Ubisoft announced Assassin’s Creed Valhalla, coming during the 2020 holiday season. Ubisoft dropped a lot of information in its initial reveal, covering the game’s setting, characters, story, and even special editions of the game.

One question that’s likely on a lot of potential players’ minds is what platforms Assassin’s Creed Valhalla will be available for. With the next-generation PlayStation 5 and Xbox Series X consoles presumably coming out right around the time of the game’s release, some may be left wondering, will Assassin’s Creed Valhalla be available on PlayStation 4 and Xbox One, or will it be a next-generation exclusive?

As you might expect, Ubisoft looks like it’s using its long-standing partnerships with publishers to get Assassin’s Creed Valhalla into as many hands as possible. That means that the next Assassin’s Creed will be launching not only on the PlayStation 5 and Xbox Series X, but it will also be available on PlayStation 4 and Xbox One, as well as PC and Stadia. Interestingly, the PC version of the game looks like it will be bypassing Steam, at least at launch, and instead will be available through the Epic Games Store, the Ubisoft Store, and on Ubisoft’s UPLAY+ subscription service.

Ubisoft hasn’t shared too much about what new additions Assassin’s Creed Valhalla will make to the series’ successful formula, but as the first Assassin’s Creed title available on next-generation consoles, it will likely be doing everything it can to take advantage of the new hardware. That certainly means the best graphics the series has ever had, but Assassin’s Creed Valhalla could also very likely feature more open environments and large-scale battles that use the extra processing power and speed of the new consoles to its advantage.

While that’s great for early adopters of the PS5 and Xbox Series X, it could also mean that players who pick the game up on the PS4 and Xbox One may not be getting the best possible experience. Still, it’s good to hear that Ubisoft is still supporting older consoles, and it’s likely that big releases for the next few years will continue to do the same.