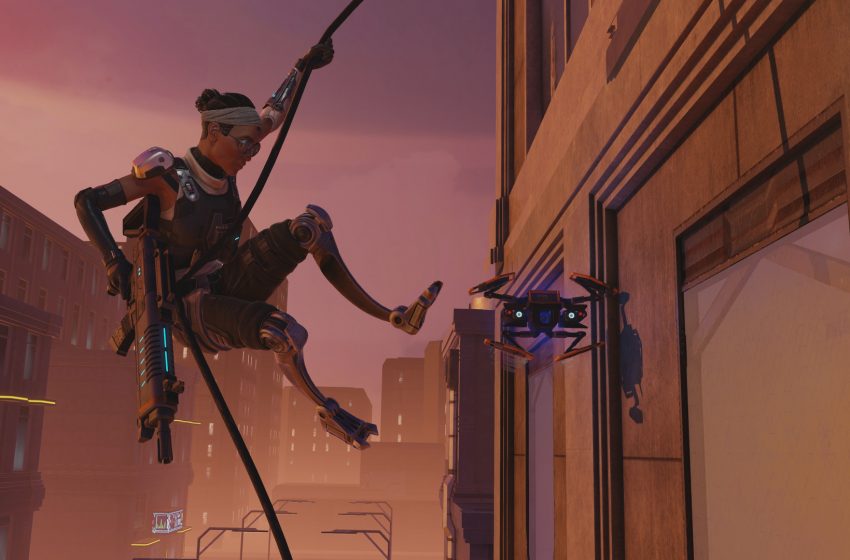 XCOM: Chimera Squad, the latest expansion in the XCOM universe, will introduce new characters in an original story, so you might want to get the lowdown on who these individuals are before you play.

There are 11 new characters will players will control in XCOM: Chimera Squad. For an insight into who they are, whether they’re human, alien, or hybrid, and some background on each character, read on.

Who is the cast of XCOM: Chimera Squad?

XCOM: Chimera Squad follows an elite squad who look to maintain the peace in City 31 following the events of XCOM 2 and XCOM 2: War of the Chosen. Each agent is equipped with specific tactical abilities and has different motivations for joining Chimera Squad. We’ve detailed each agent below, which will help you get to know them before you load Chimera Squad up.

Axiom was one of the first alien arrivals on Earth years before the events of XCOM: Chimera Squad. After his training was complete, Axiom was the muscle for a variety of VIPs across ADVENT. He played a vital role in keeping human casualty numbers following ADVENT’s surrender and, as recognition for his service, was brought onboard the XCOM program.

Favoring brawn over anything else, Axiom uses his anger to destroy cover, smash enemies during breach phases, and shaking the ground that does damage to enemies in his vicinity.

As his class and specializations allude to, Blueblood does his best work at range. His Lancer Pistol — a specialized sidearm — can debuff enemy cover bonuses and penalties.

An individual who apprenticed with his father’s private investigations agency, Blueblood joined City 31’s police department while it was in its infancy. His strategy-based combat is a vital component of Chimera Squad too.

Cherub is among the support class options within Chimera Squad’s ranks. He was one of a batch of clones that had been trained during the war but hadn’t been indoctrinated into ADVENT before its end.

After he underwent tests at a detention center to see if his allegiances lay with ADVENT — they didn’t — he was scooped up by XCOM for a temporary spell. Cherub’s infectious can-do attitude has gone on to earn him respect among his peers.

A former child refugee who lived through the invasion, Claymore taught himself all about explosives and weapons manufacture during his spell with the resistance. It’s a learning curve that’s stood him in good stead, especially within Chimera Squad.

With his expert explosives knowledge, Claymore can deal huge damage to enemies, remove obstacles, and enable his teammates to breach buildings they couldn’t otherwise enter.

A seasoned veteran, it’s no surprise to see Godmother given her name amomg her Chimera Squad members. An individual who demands nothing but 100% from everyone else, Godmother is seen as, well, mother of the group.

Shotguns are her specialty, and Godmother’s other skills — including dodging expertise — can get her out of a tight spot when engaged at close quarters with the enemy.

An ADVENT orphan who lost her entire family and three limbs during the invasion. Patchwork may be fitted with prosthetic limbs, but its her intelligence that sets her apart among her peers.

A squad member who specializes in robotics, Patchwork is a master hacker, has a penchant for shocking her foes, and a unique skillset that makes her invaluable.

Unlike other psions, Shelter uses his psychic abilities from a defensive perspective. His decision owes itself to his previous employment where, after being shipped off to an ADVENT research facility, he was forced to use his abilities to hurt others.

After escaping the encampment, Shelter vowed to use his powers to help rather than hinder. He’s able to buff teammates, relocate friends and enemies, and create a clone of himself that comes with an exact skillset as himself.

Another child whose family perished during the invasion. Terminal was adopted by a doctor who had lost her own daughter, and quickly developed an interest in the medical field.

After her surrogate family and town were wiped out during another ADVENT attack, Terminal joined the resistance and utilised her skills to aid others. As Chimera Squad’s only combat medic, she vows to keep her teammates alive through medicinal and combat means.

An ex-tracker who specialized in hunting pockets of resistance, Torque was captured by XCOM in 2035 after the war was lost. Offering her services to train rookie soldiers against ADVENT tactics, she was released from prison and, after proving her worth, earned herself a palce within Chimera Squad.

Torque’s ability to drag enemies out of cover, as well as pull teammates out of harm’s way, using her tongue is an invaluable asset. Her poison can also damage and paralyze enemies on the battlefield.

Another ADVENT employee who defected to the humans. Verge was part of an experiment to mind-control human subjects and falsely reassure the population that their invaders had their best interests at heart. Verge’s mental connection to humanity, though, led him to empathise with his prisoners and eventually give resistance groups vital information in the battle against his own kind.

The most powerful psion in Chimera Squad’s ranks, Verge’s telekinetic skills and enemy disabling abilities are crucial during skirmishes and larger fights.

Created back in 2021 by ADVENT, Zephyr served as a loyal soldier until the Skirmishers, a pocket of resistance, freed her from their mind control methods. Owing her freedom to them, she fought alongside XCOM until the war was won.

A melee-centric character, Zephyr — like Axiom — uses her strength to break their enemy lines. She can also parry incoming fire and teleport across the battlefield in the blink of an eye.