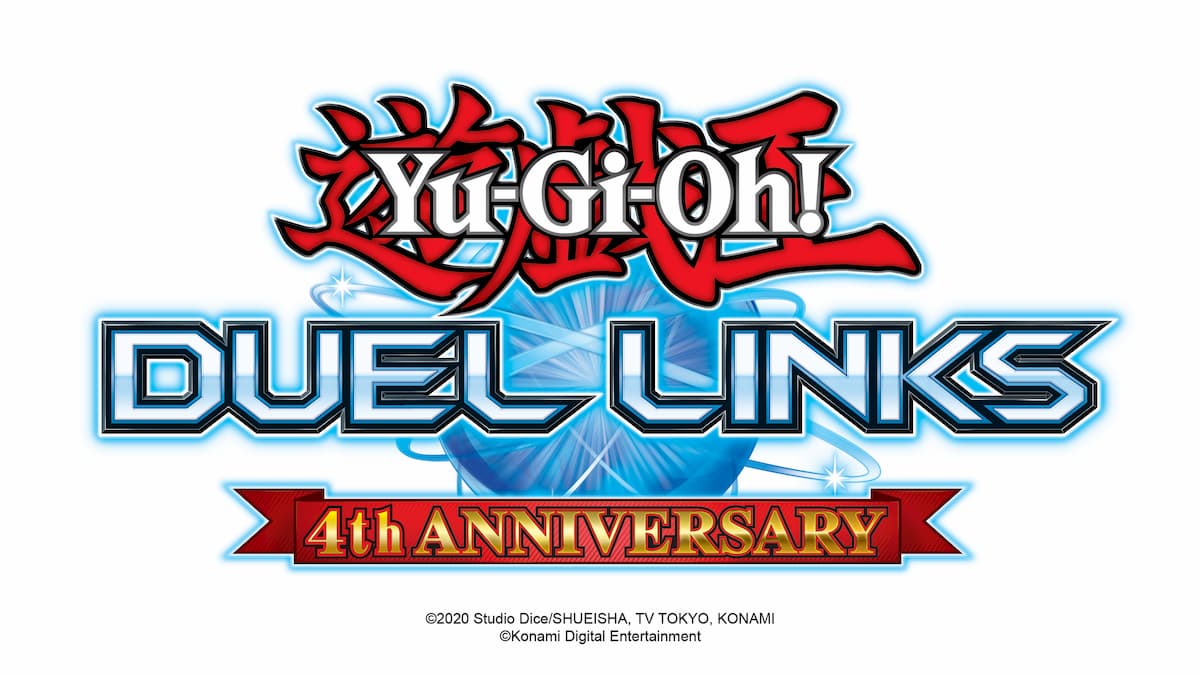 In early January 2021, Konami announced its plans to celebrate the fourth anniversary of the mobile and PC game Yu-Gi-Oh! Duel Links. Duel Links players, thanks to Konami, are eligible to receive a bevy of rewards, including UR and SR tickets, a mat and sleeves, and two Dream Tickets — one UR and one SR. Dream Tickets, for those who might be new to Duel Links, are highly valuable. These special tickets can be used to obtain either an UR or SR, depending on the type, card that can only be obtained through a Box or Structure Deck.

But which cards should you seriously consider using this UR Dream Ticket on? Let’s go over our picks, plus some reasoning for each.

Ideally, this UR Dream Ticket should be used on cards that are highly versatile and can be used in various deck builds. One such card is Cosmic Cyclone, a Quick-Play Spell Card. Cosmic Cyclone, when activated, allows players to select and banish one face-up or face-down Spell or Trap Card for 1000 LP.

Cosmic Cyclone is great against deck builds that rely heavily on backrow and/or Field Spells. Additionally, this card can also help players activate certain skills, such as Ishizu’s No Mortal Can Resist, that depend on having low Life Points, all while removing a card off the opponent’s board.

Much like Cosmic Cyclone, Paleozoic Canadia has been a relevant card in the Duel Links metagame for years. Paleozoic Canadia allows the duelist who activates this card to target one face-up monster on the field and switch it to face-down Defense Position. Besides the fact that Canadia can be used to prevent an attack, it can also be used to stop the opposing player from activating any Monster effects and shut down Synchro Summons.

Thanks to its versatility and power in the metagame, Canadia is an obvious contender to be selected.

Herald of the Abyss

Herald of the Abyss might have a big cost, but it can have a big pay off when it activates. This Spell Card allows the user to pay 1500 LP, and then declare one Type and one Attribute. Once this is done, the other player must select a Monster (if possible) from the opposing side and send it to the Graveyard.

This card is phenomenal for Monster removal, as Herald of the Abyss does not target. It’s also worth noting that this Spell Card also has a second effect that is not as great, but still useful. For the remainder of the turn that this card was activated, the opposing player can’t activate the effect of Monsters that have the same name as the one that was sent to the Graveyard.

Sphere Kuriboh is one of the oldest cards in Duel Links, but it still has a lot of value in the game. This Monster, which also acts a hand Trap, allows the player to shift an opposing monster from Attack to Defense Position when the targeted monster declares an attack. This effect can be used while Sphere Kuriboh is in hand.

Since this card does not need to be set, it’s incredibly valuable, as it’s immune to anything that pops cards that are set on the field. If you need something to save a duel in a pinch, consider this card.

Floodgate Trap Hole is one of several different Trap Hole cards in the game, and years after its addition to the game, it remains one of the more-used Traps in the game. Floodgate can be activated when the opponent summons a Monster onto the field. Should you choose to do so. this Trap, upon activation, can immediately shift the targeted monster into face-down Defense Position.

While this card has lost some luster over the years thanks to new cards and archetypes, it still has some value. Much like with Canadia, it can prevent Monster effects from being activated and Synchro Summons. We still would prefer to take Canadia over Floodgate, but this item isn’t all too bad, either.

Arguably one of the better cards for beginners, Drowning Mirror Force can ruin an opposing player’s day. This Trap Card can be activated when the opposing player declares a direct attack. Once this card has been activated, it returns all monsters from the opposing side of the field to the Main Deck (if any cards are a Normal, Ritual, or Effect Monster) or Extra Deck (if any monsters are a Fusion, Synchro, or Xyz monster).

Drowning Mirror Force can not only wreck any set-ups that the opposition made, but it can also make it hard for the opposing player to draw those same cards again.

Trishula, the Dragon of Icy Imprisonment

Trishula, the Dragon of Icy Imprisonment is one of the newer cards on this list, so you may already have at least one copy of this card in your Collection. But if you don’t, it might worth adding to your Collection for a few reasons. Trishula is a Fusion monster, but you do not need Polymerization to use it. Rather, this card can be Special Summoned from the Extra Deck by removing any three monsters with different names from the field.

Trishula, aside from being a big beater and an extra option out of the Extra Deck, also has a second effect that can be devastating for the opposition. If all three of the monsters used for the Fusion were Dragons, the turn player can reveal and banish three cards (one from your Deck, one from the top of your opponent’s Deck, and one from their Extra Deck). But even if you are not using a Dragon-type deck, Trishula can certainly be of use thanks to its versatility and high ATK Points.

Forbidden Lance, a Quick-Play Spell Card, can bail players out of a jam should a Monster be targeted with a Spell or Trap. Forbidden Lance lowers a targeted monster’s ATK by 800, but it allows that same monster to be unaffected by Spell or Trap cards for the remainder of the turn.

While that side effect could be tough to swallow, Forbidden Lance should still provide a lot of value, especially if the targeted monster already has a high ATK.

Whatever card you choose, be mindful that the 4th Anniversary UR Dream Ticket can be used until January 2022.