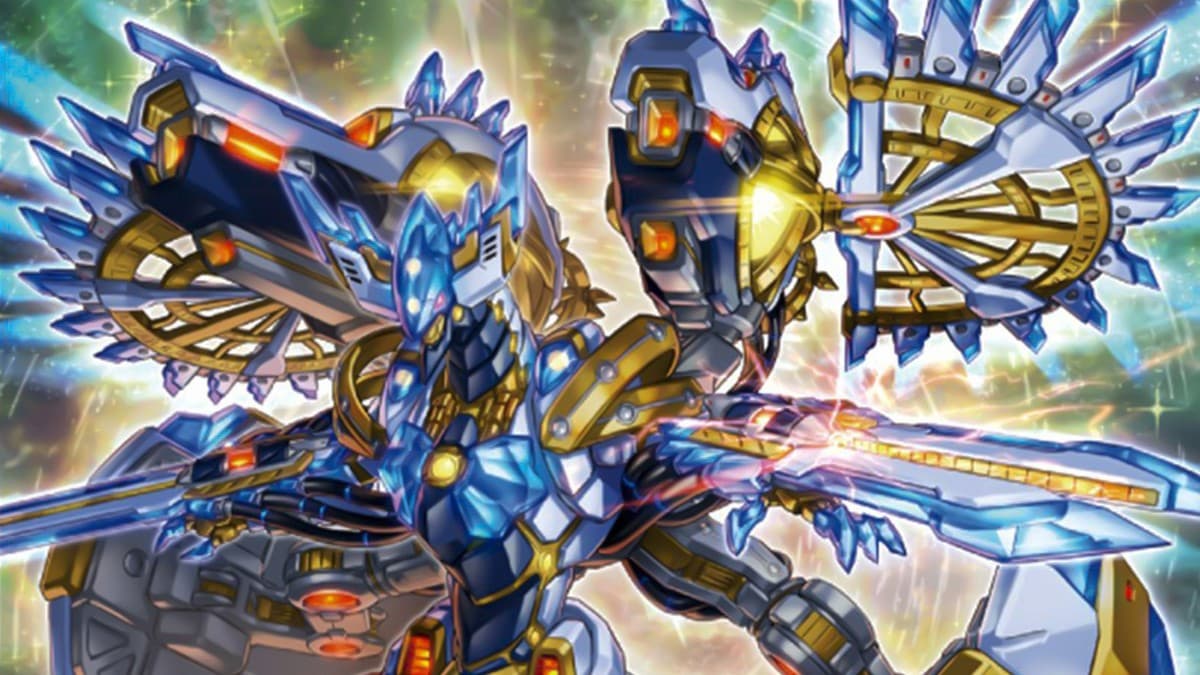 In Yu-Gi-Oh! Master Duel, Drytron builds, much like Eldlich the Golden Lord decks, have become quite popular in the meta, and for good reasons. The mix of Machine and Fairy Monsters provides a lot of firepower, and thanks to a favorable banlist, its power is much greater here than in the TCG. So, what do you need to do to build a Drytron deck? Here’s what you need to know.

The Main Deck Monsters play a pivotal role in Drytron builds. Here’s a look at what should be run:

Let’s go over a few things about the set of Monsters. First off, Drytron Effect Monsters are Machines that can’t be Normal Summoned. Alpha, Beta, Delta, Gamma, and Zeta all need to be Special Summoned from either the hand or GY through either tributing a Drytron Monster or a Ritual Monster (Benten, Herald cards, Meteonis Draconids). In virtually all cases, Benten is the desired target, as doing so will allow you to search for Fairy Monsters. And since Benten’s effect is not once per turn, it can be done multiple times.

It’s important to get at least two to three Drytron Monsters out to start, as that will allow you to set the board up for Ritual Summons. Plus, using Drytron cards and Benten’s various effects will allow to search for many different cards.

As far as potential combos go, it usually helps to start with Alpha Thuban, and that can be searched through various Spells, which we’ll get to in a second. This is especially true when going first. Then, search for Benten through Alpha Thuban’s effect and go into another Drytron card. The key is to get at least Drytron cards out, plus get the Ritual Spell and Diviner of the Herald. Then, summon Diviner, and mill Herald of the Light to get another Ritual Monster or a Ritual Spell.

Lastly, we should note that sending either Herald of Ultimateness or Meteonis Draconids to the GY for a Drytron Monster is actually fine. That’s because these Monsters can be summoned to the field from the GY, thanks to the Ritual Spell used in these builds.

We should note that as of May 2022, Benten is now limited to one copy. Because of this, using Phul’s effect is extremely important. Not only can it add Benten back to hand, but it can also become Level 6 and be used as material for Beatrice.

Here’s a look at the Spell Card options:

The object of these Spells are simple: gaining card advantage by adding cards needed to set up the board for the Ritual Monsters and the Extra Deck. Called by the Grave, Lightning Storm, and Twin Twisters can also be used to deal with handtraps, and destroy Monsters, Spells, and Traps.

Much like with Sky Strikers, Drytron builds typically don’t need Traps. Instead, focus on staples like Infinite Impermanence and Solemn Judgement, should you want to run any, but Traps are not vital for this deck to survive.

The Extra Deck plays a support role in Drytron builds, but still serves a major purpose. Here’s a look at the Extra Deck options.

Because of the unique effects of the Monsters in the Extra Deck, these cards not only help add cards to hand but also provide alternate win conditions when it’s not possible to use Herald of Ultimateness or Meteonis Draconids. ZEUS – Sky Thunder can provide a last-second boost by wiping the board clean, while Accesscode Talker can use Drytron Monsters to come out to the field, and pop cards.

Drytrons have become a force in the Master Duel metagame because of the deck’s many options and power.