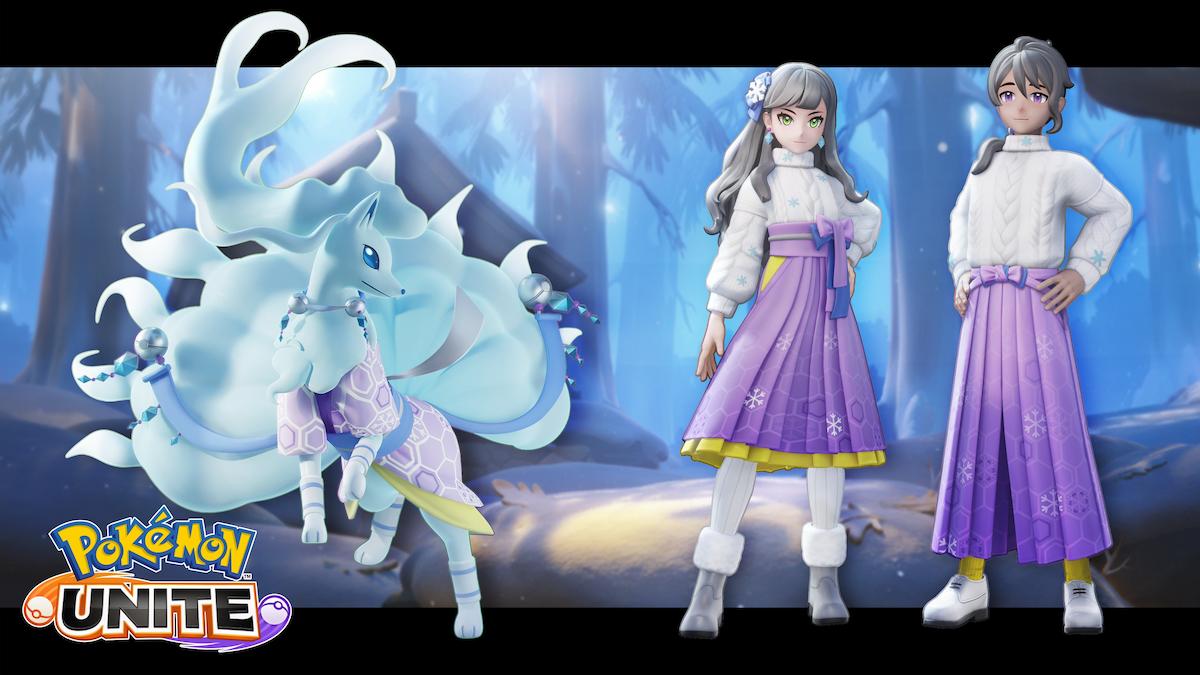 Pokemon Unite launched a new “Sacred Style” Holowear for Alolan Ninetails yesterday, and it’s the most expensive one released so far. The in-game Zirco Trading shop lists the new cosmetic item at 2,499 Aeos Gems, which translates to roughly $40.

The official Pokemon Unite Twitter account posted in celebration of the skin’s launch yesterday, which prompted fans to push back with criticism of the Holowear’s pricing, along with pleas to lower its cost.

The Pokemon Unite team has yet to publicly respond to any feedback.

Holowear are in-game cosmetics that give Pokemon different appearances; they have no impact on gameplay. Certain ones can be acquired in exchange for Holowear Tickets, which players can earn via Pokemon Unite’s luck-based gacha minigame. However, the “Sacred Style” Holowear is not one such item.

The bulk of Pokemon Unite’s Holowear, including Alolan Ninetails’ new look, can only be purchased with Aeos Gems, and the only way to get those is to buy them with real-world money. Furthermore, players can only purchase different tiers of gems, rather than the exact amount they need.

Barring bonus gems one may receive as part of Pokemon Unite’s first-time purchase promotion, the most cost-effective way of scrounging up enough gems for Ninetails’ elegant new skin is to pay $39.99 for a total of 2,740 Aeos Gems, even if you only wish to spend 2,499 of them.

This isn’t the first time Pokemon Unite has found itself in hot water over microtransactions. The game was previously accused of being pay-to-win when it launched in July – something the developers have assured fans they’re working to address in future updates.