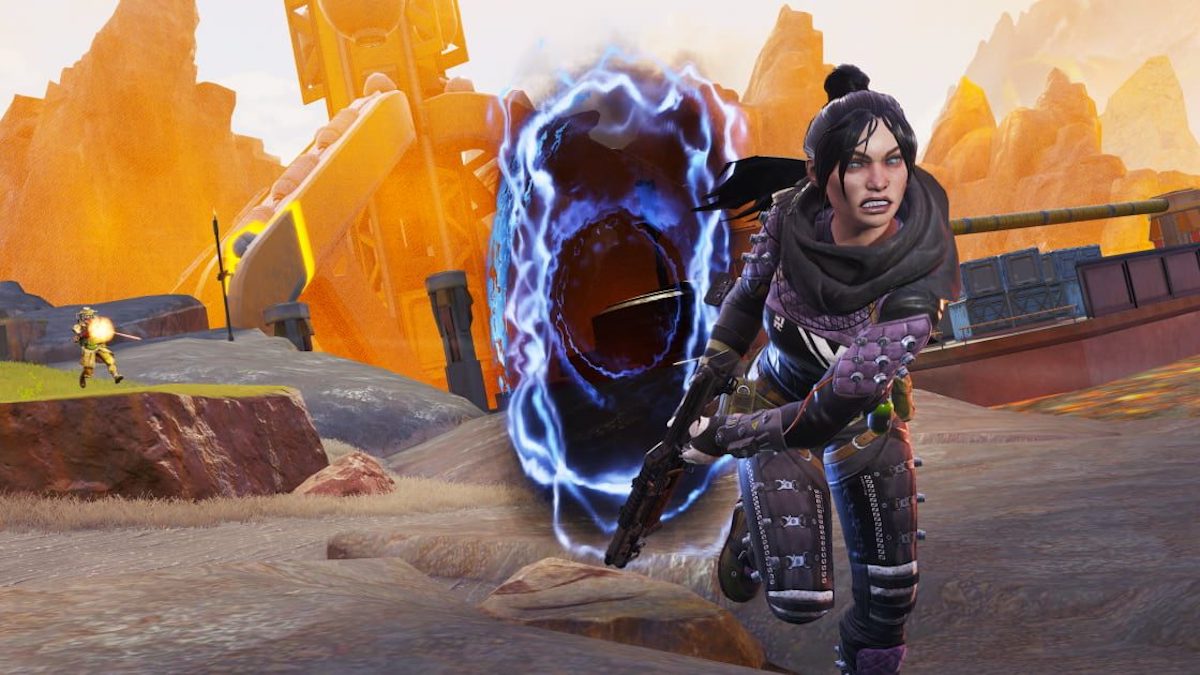 Apex Legends has done a lot to make its mark in the battle royale space, with a focus on hero shooter elements and three-person squad gameplay that makes it stand out from its competitors. One way in which it definitely toes the party line, though, is in the abundance of cosmetic items made available for players to buy over the years, ranging from costumes to weapon reskins and emotes. So far, so standard, but where Apex Legends diverges is in the unfair advantage that a handful of its emotes apparently gives its players.

YouTuber Skeptation recently pointed out that certain glide emotes available for purchase in Apex Legends offer their users the opportunity to temporarily disappear and reappear, making them difficult to see and apparently even more difficult to shoot. The latest emote to fall foul of this practice is Loba’s new “Flaunt It” skydive emote, which sees her flashstep between a few spots while gliding, leading players to complain about how difficult she is to hit when performing the emote.

Skeptation points out, however, that this is far from a new issue. He calls out two emotes in particular for granting their users an unfair advantage, both usable by Wraith. “Think Fast” sees Wraith jump around “even more than the Loba one,” in the YouTuber’s words, while “Perpetual Motion,” which sends Wraith careening through a couple of portals, reportedly has moments where she is unhittable altogether, even if you can get a bead on where she’s supposed to be.

The advantages might look to be slim, but it’s hard to deny that they’re there. Gliding in is a small but crucial part of a round of Apex Legends, and being able to eke out even the smallest benefit could tip the scales in your squad’s favor. It wasn’t that long ago that Respawn had to address some weapon skins that appeared to give players an advantage, but there’s no word yet on whether it has plans to tweak these emotes. As such, players should be wary of the skies during Apex Legends’ upcoming Fight or Fright event.