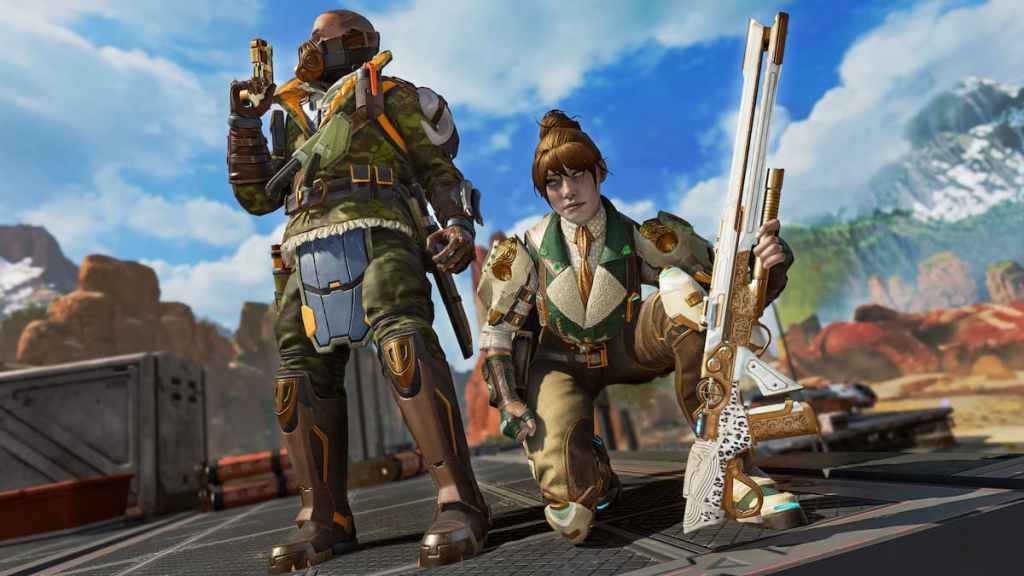 It’s difficult to escape the influence of Fortnite. Everyone and their grandmother seem to be playing Epic Games’ iconic battle royale game, and it’s become such a pop culture melting pot that it’s one of the few places you can regularly see Thanos taking pot shots at Boba Fett. But the vibrant colors and extensive library of intellectual property are not for everyone. If you’re one of those trying to resist the siren call of Fortnite, check out one of these contenders instead.

Respawn’s squad-based battle royale/hero shooter hybrid was an immediate hit upon its surprise launch in 2019. From the same studio that brought us the Titanfall series, Apex Legends is set in the same world, but without all the parkour and climbing of the main titles. That’s not to say it’s a slouch in the movement department, though — the eponymous Legends zip around each level with a surprising amount of vim, which supports the solid shooting mechanics admirably. By default, you can team up in groups of three and face off against 19 other squads for a total of 60 players at once in this battle for supremacy.

It was inevitable that Call of Duty, the king of shooters, would eventually show up to the Battle Royale party. Thankfully, Warzone proved to be a hit with players. With a wealth of different modes to play, the option to play solo or squad up in teams of two, three, or four, and some — admittedly slightly hit-or-miss — integration with new releases like Black Ops Cold War and Vanguard, Warzone showed off that the Call of Duty folks still know what they’re doing. Though Warzone has received its final major update, the incoming Warzone 2.0 is likely to scratch the same itch.

A game unlike any other, Fall Guys: Ultimate Knockout combines the competitive nature of a battle royale with the utter chaos of shows like Takeshi’s Castle. Guide your little bean through a series of obstacle courses ranging from relatively simple races to complex balancing acts as you try and maintain your footing on a shifting platform while cannons fire at you. Fall Guys also features plenty in the cosmetics department, with regular crossovers with franchises like Sonic the Hedgehog and Destiny. The game’s free to play, but there’s plenty to spend real currency on in the store, including a paid version of the now-ubiquitous battle pass. So if you miss the brightly-colored microtransactions of Fortnite, be sure to check out Fall Guys.

PlayerUnknown’s Battlegrounds is arguably where it all began. From humble beginnings as an Early Access title plagued with bugs and amusing glitches, PUBG became a force to be reckoned with, igniting the flames of battle royale fever. It’s had continuous updates since its first release way back in 2017, and is now available on almost every platform, so there’s no excuse not to give it a go. It’s arguably been eclipsed somewhat by the likes of Fortnite, but PUBG excels in its more realistic approach to the battle royale genre, eschewing a casserole of pop culture references in favor of more straightforward tactical gameplay.

Visually, Spellbreak bears a bit more of a resemblance to the likes of Fortnite than the other entries on this list, but it has plenty of character all its own. Playing as a rogue battlemage, the aim of each match is to outlast your opponents by flinging spells and finding innovative magical combinations to use. Each magical element — ice, fire, lightning, stone, wind, and toxic — has its own class and its own playstyle, but the real strategy and fun comes from combining magic, sometimes with explosive results. Picture fiery tornados and electrified poison clouds. Time’s running out to play this one though, so be quick — after developer Proletariat’s purchase by Blizzard, the studio announced it would be shuttering Spellbreak’s servers in early 2023.