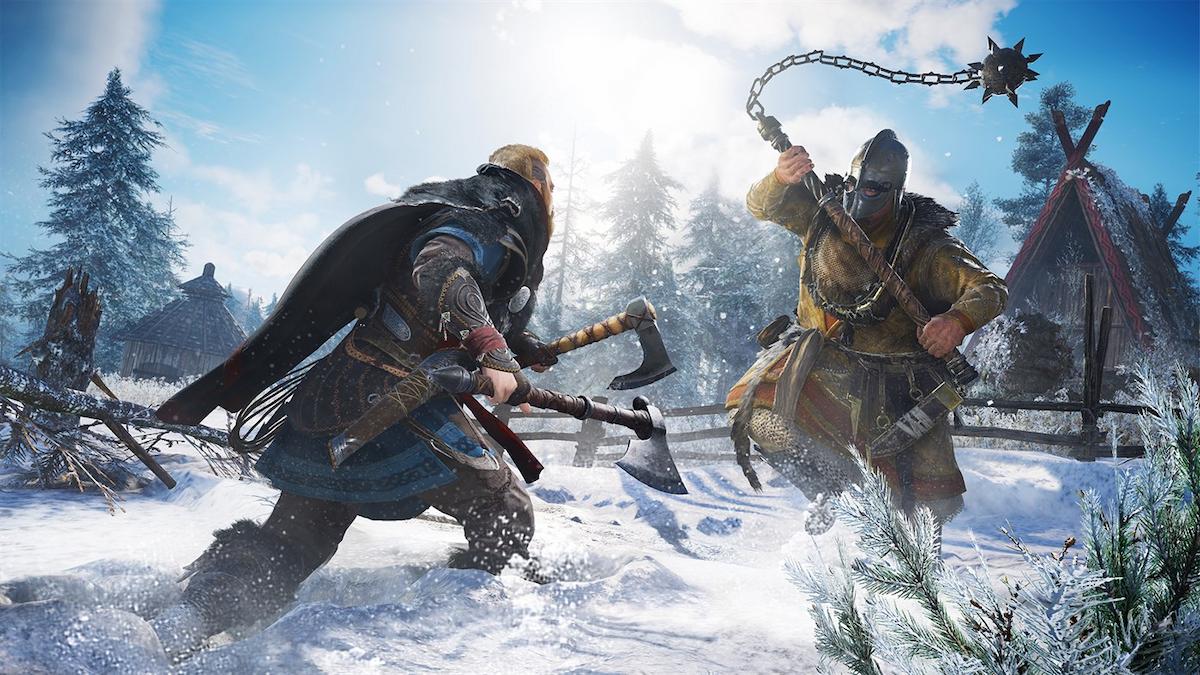 Ubisoft announced on Wednesday that Assassin’s Creed Valhalla’s file size will be reduced as part of the game’s upcoming title update 1.4.1, which is coming next week. We still don’t know the specific date the update will hit, but this news should be music to any storage space-conscious player.

The new title update will require players to redownload the game to reap the benefits of the game’s reduced size. How much storage space is freed up will depend on which console you’re playing on. As outlined by Ubisoft, PC users will save around 34 GB, while Xbox One and PS4 users will save roughly 30 GB. Those playing on the Xbox Series X/S consoles will free up a whopping 44 GB, but PS5 users will only get about 13 GB of free space following this update. However, it’s worth noting the PS5 version of Valhalla was originally 40 GB, which is much less space than the game takes up on other platforms.

Alongside a reduced file size, this update will also include quicker loading times, enhanced world data streaming, and performance boosts.

It’s always nice to see a game’s file size reduced, even more so in the case of Assassin’s Creed Valhalla, which is set to receive a new batch of DLC in 2022. On Tuesday, an industry insider claimed that a massive, “God of War-style” expansion was coming to the game next year. If that is the case, this latest title update seems primed to ensure the game won’t take up too much space on your system once this large DLC pack drops.