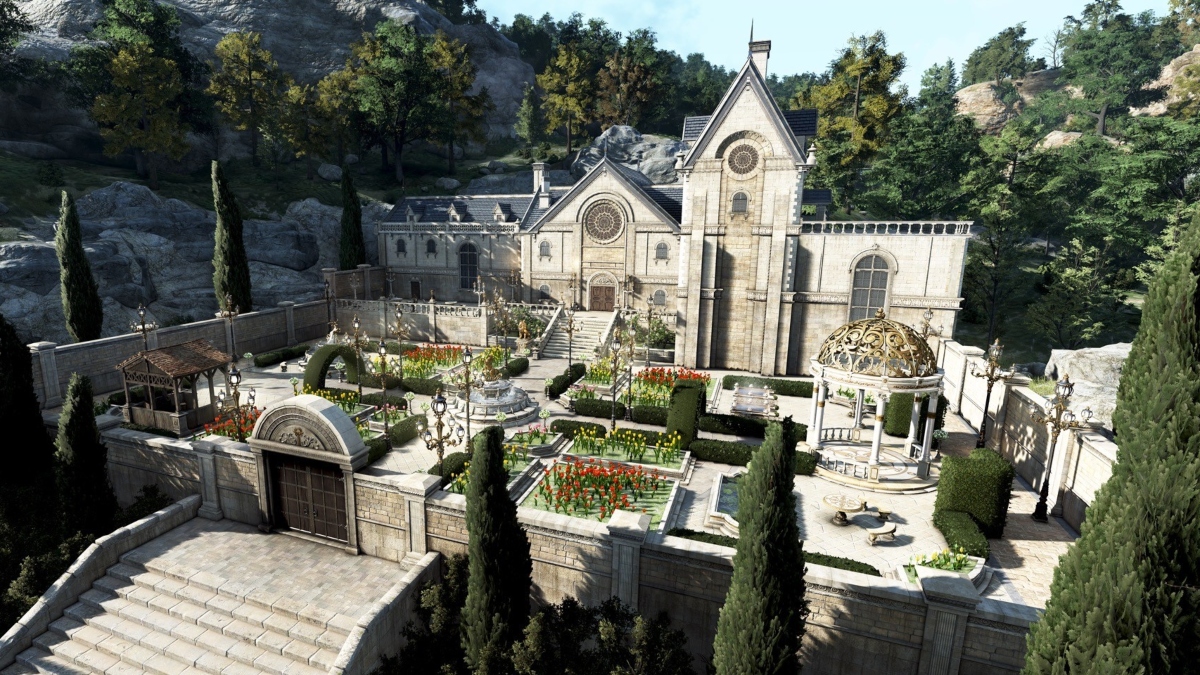 Pearl Abyss has announced that its housing-based update, Blue Maned Lion’s Manor, will arrive in Black Desert after the usual weekly maintenance. After that, players will be able to decorate their new abode with greater freedom than before.

It won’t just be the house itself, either. They will also have a sizeable garden to renovate to their heart’s content. They can choose from a variety of flowers, trees, and pieces of furniture that are exclusive to the mansion. And for those who prefer a DIY approach, there are different furniture options available to craft using material gained from completing certain quests.

Players will find their new home located between Heidel and the Eastern Border, which, according to developer Pearl Abyss, makes it easy to spot. However, they can’t simply walk up to the door, enter, and begin decorating. First, they must have five Contribution Points and then complete a specific quest before renting the mansion. They will also need to pay rent daily, though they will enjoy a discount based on the number of days they plan to stay.

Alongside the Blue Maned Lion’s Manor content, a new hot-time event will begin. It offers players a 50% higher drop rate when slaying monsters alongside 300% additional combat EXP and 50% skill EXP. Also, new attendance rewards will provide players with a host of goodies, including 200 cron stones.