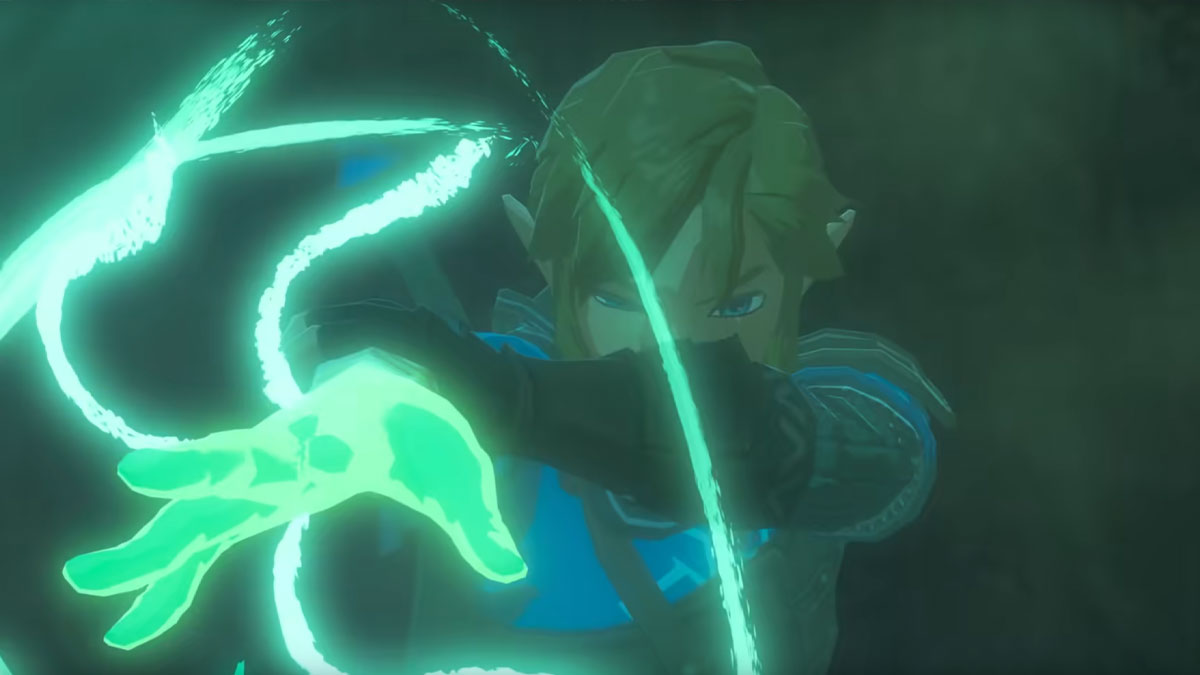 The upcoming Legend of Zelda: Breath of the Wild sequel has left us with a ton of questions, one of which is wondering what sort of new powers Link will have in the new game. A handful of new patents from Nintendo might hold a few clues.

GameReactor found a trio of patents that hint at new abilities and game mechanics in the sequel. In Breath of the Wild, Link can use the powers of Magnesis, Stasis, Cryonis, and Remote Bombs — and he may be able to rewind time in the new game. There were already rumors about this ability and one of the patents gives the theory some credence. It shows a barrel being moved back to a previous position, where it stood earlier in time. Combining this with Link’s existing Sheikah Slate abilities could make for some clever puzzle solving.

Another patent details how a player could warp to the top of a suspended platform from underneath it. This can seemingly be performed at any time, provided the platform above meets the right conditions. We’ve seen this wall-warping in earlier footage, but it’s good to know that it may work vertically too. Lastly, the third patent details a free-fall system, in which the player can dive in certain directions and fire their bow as they descend. We’ve seen bits of this in trailer footage as well, so there may be quite a lot of action as Link descends to the surface from the sky above Hyrule.

We’re still waiting patiently for the sequel to get a release date — and a proper name, for that matter. At this point, all we know is that it’s still aiming for a launch sometime next year.