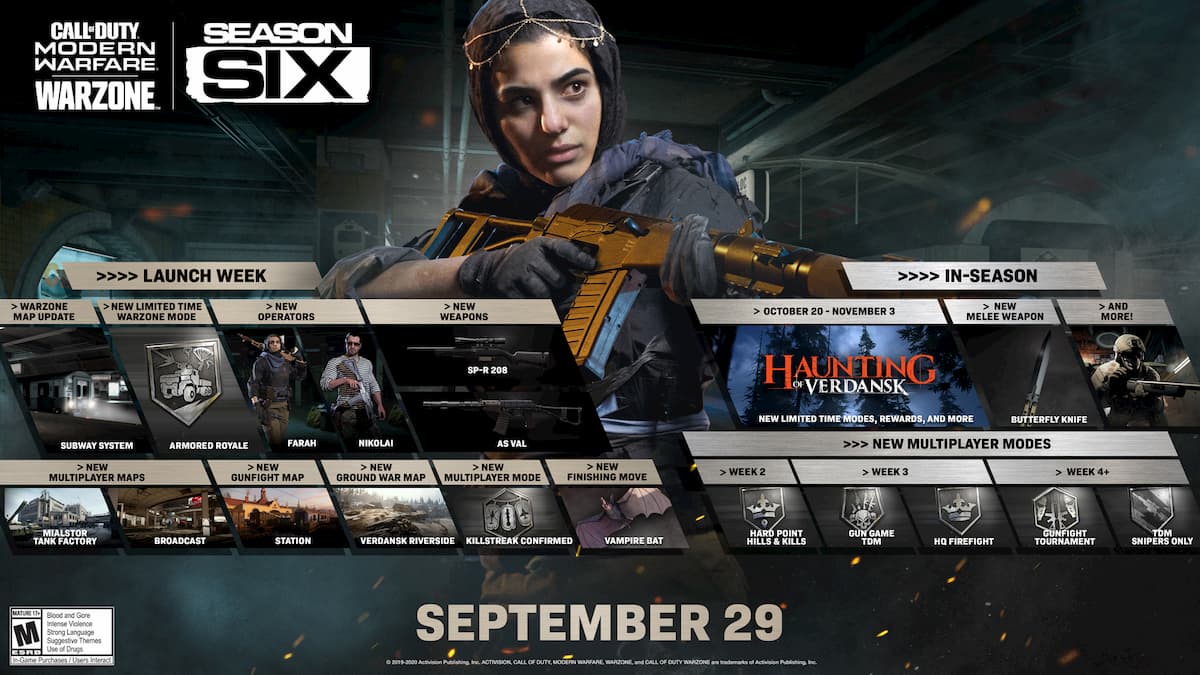 Infinity Ward has released the update for Season 6 of Call of Duty: Modern Warfare. The multiplayer shooter has amassed immense popularity over the months, and the latest season is all set to add a plethora of new content such as a new Subway system and two new characters.

The two new characters in the game, Farah and Nikolai, are familiar faces in the Modern Warfare franchise, with Farah being the first female character in the history of Call of Duty. The Subway system adds a nice little twist to Warzone, as it allows players to quickly travel to points of interest in the map.

Here are the complete patch notes of the update.